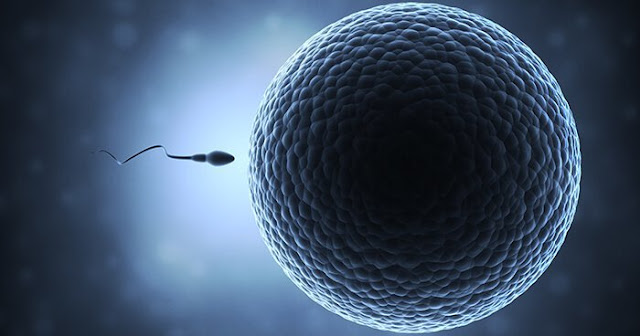 Everybody knows that the DNA you inherit from each biological parent is an even split. I mean, hopefully, everybody knows: you get half from the egg and half from the sperm that combines to make you. Well, almost. But those37 genes are found in your mitochondria, those little energy factories of cells and that mitochondrial DNA only comes from the egg. At least, that’s what we thought. Earlier this week, an international team of researchers announced that they’d found strong evidence that mitochondrial DNA can be inherited from both parents. Which could change what we know about not only disease inheritance, but like human history as a whole.

It all started with a 4-year-old boy that doctors suspected of having a mitochondrial disorder a disease caused by mutations in mitochondrial DNA. They are trickier to diagnose and treat than other genetic diseases because every cell in the body has several hundred mitochondria and not all of them have the same DNA. Because mitochondrial disorders are complicated and don’t always show up in tissue samples or fluid tests, the only way to diagnose one with absolute certainty is with DNA sequencing. But when they sequenced this boy’s mitochondrial DNA, they found a peculiar pattern of mutant genes.
His mother and sisters had the same pattern, which is exactly what you would expect and since none of them has a mitochondrial disorder, the mutations don’t seem to explain his condition. But the pattern just stood out so much that the team decided to test the boy’s grandparents, too. That was when they made a discovery that was previously thought to be impossible: only some of his mother’s mutation pattern matched her mother’s. The rest clearly matched up to the boy’s grandfather. Even stranger, when they tested the grandfather’s female relatives, they discovered that his pattern of mitochondrial mutations could also be traced to both of his parents.

But in the past decade and a half, no other cases have been reported despite quite a bit of effort to find them. So the whole idea of bi-parental mitochondrial inheritance and especially questions of recombination has remained a contentious topic in genetics circles. But this time, though, the researchers made absolutely certain that their results were correct: they looked at dozens of people in three multi-generation families, used incredibly sensitive testing methods and had new DNA samples re-sequenced at two other labs, just to be sure.

They wouldn’t have found any of this if they had stopped looking once they sequenced the boy’s mom and sisters, which is what many doctors would have done since the mutations were inherited as expected and don’t appear to be the cause of his ailment.
If the idea that people can sometimes inherit mitochondria from both parents doesn’t seem like a big deal, consider that mitochondrial DNA is one of the best ways we have to trace the history of our species over centuries. Since it doesn’t change much from generation to generation, the small changes that do show up in isolated groups like populations of people living on different continents can be used to track where people came from and how they moved around. And the changes are thought to happen at a somewhat reliable rate, allowing us to estimate how long ago groups of people split from others. But all the math involved assumes that mitochondrial DNA comes only from the egg which, it seems, isn’t always the case.
In fact, based on the findings, the authors of the paper suspect babies might get some mitochondria from sperm as often as one in every 5,000 births. And if that’s true or if it turns out that mitochondrial DNA can recombine, as those Harvard researchers suggested then all bets are off.
The study authors, for their part, don’t think their findings completely change things there isn’t enough evidence, yet, to overturn decades of research into human origins. But it’s early in the discovery process and it could be years before we really understand how all this messes with ancestry analyses or our understanding of human history.

More immediately, this study will likely affect how doctors approach the genetic component to treating mitochondrial disorders, especially since the team has a hypothesis for how this bizarre inheritance happened. At first, both parents contribute mitochondrial DNA to a developing fetus, but when the egg is fertilized, a mitochondrial-killing mechanism makes sure any mitochondria from the sperm get wiped from the slate. The researchers think that there might be a mutation in a nuclear gene that is, a gene somewhere in the main set of chromosomes we think of as a person’s genome that’s stopping that key step in development.
If such a mutation exists, it could be passed down through a family, leading to the mitochondrial DNA pattern they saw. The researchers are hoping further studies will reveal exactly how the mitochondrial DNA from sperm survives. Knowing that will help us understand how commonly it happens, and it may help us figure out how to stop it from happening perhaps preventing some mitochondrial disorders.

It could even reveal a way to prevent disease-causing mitochondria from the egg from being passed on. But all of that is speculation at this point. Until those future studies are done, we won’t know whether the new findings will change our understanding of the history of humanity. But either way, they are definitely teaching us something new about our cells.