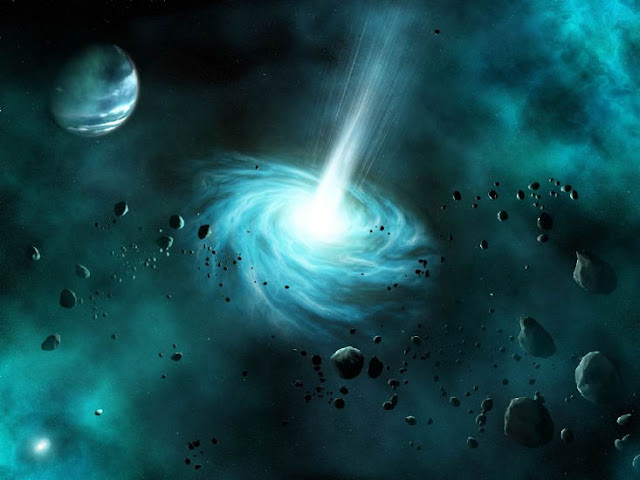 White holes are almost definitely not a real thing that can be found in nature. In theory, white holes are black holes that are going backwards. In theory. A black hole, as you know, is a giant object that sucks stuff into a singularity – a single point of infinite density – from which there is no escape. So a white hole would be an object that expels matter from a singularity and you would never be able to enter it. White holes only exist in math.
But in 2006, we saw an explosion of light out in deep space that we can’t explain any other way. It is even weirder than it sounds. In reality, a white hole would violate the second law of thermodynamics. Which says that the amount of entropy in the universe can only stay the same or increase. It can never decrease.
Entropy is often described as disorder, but it’s more like a measure of how many different states that particles in a system can be in at any given moment. Like, if you have a piano and you throw it in a woodchipper, you have increased the entropy of the piano. Because a pile of chopped-up piano splinters can be in lots and lots of different configurations while still being a pile of splinters. But these piano splinters can really only be in one, very specific state in order to be a piano.
So, black holes are great at increasing entropy! They are the universe’s woodchippers: shredding entire stars into pulp and leaving only a whiff of radiation. But you can’t load your pile of piano splinters into the woodchipper and run the thing backwards to get a piano again. That would decrease entropy, which is not allowed. And if white holes existed, that’s essentially what they would do.
So why does anyone think white holes might exist in the first place? Well, they were first proposed as a kind of mathematical oddity, because of Einstein’s theories of relativity. One of the many endearing quirks of relativity is that it doesn’t care whether you play time backward or forward. If time can go in one direction, it can just as easily go in the other. So if black holes are a thing, then white holes (which are black holes played backward) can also be a thing.
But just because relativity says time can go in both directions, in practice it pretty much sticks to one, as we all know. So even if a white hole did somehow occur, it would be incredibly unstable. Because the universe does not like it when you break the laws of physics. So a real white hole would probably only last for a few seconds before it collapsed in on itself to become a black hole.
Which brings us back to the explosion we saw in 2006. Detected by NASA’s Swift satellite on June 14, it was a huge gamma-ray burst: the highest-energy type of explosion possible, a million trillion times more energetic than the Sun and it lasted for102 seconds. Scientists believe that gamma-ray bursts only last that long during supernovas. 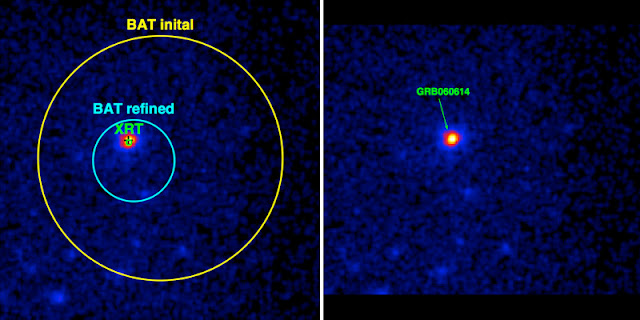 But this one, labelled GRB 060614, didn’t have a supernova to go with it. As far as we can tell, it was an explosion of white-hot light that came from nowhere and then vanished. And while white holes remain incredibly, stupendously, ridiculously unlikely that’s pretty much exactly what we think one would look like.

Some physicists have offered other explanations for what it might have been — like a shock wave from neutron star torn apart by a black hole, or maybe two neutron stars colliding. But events like these only release energy for two seconds at most — not a minute and a half.
So, White holes in nature are as impossible as a thing can be, while still being technically possible. And until we see another explosion like the one in 2006 that we could hopefully learn more from, we will just have to wait and wonder.
Also Read:- What Would Happen If You Detonate A Nuclear Bomb In Space?