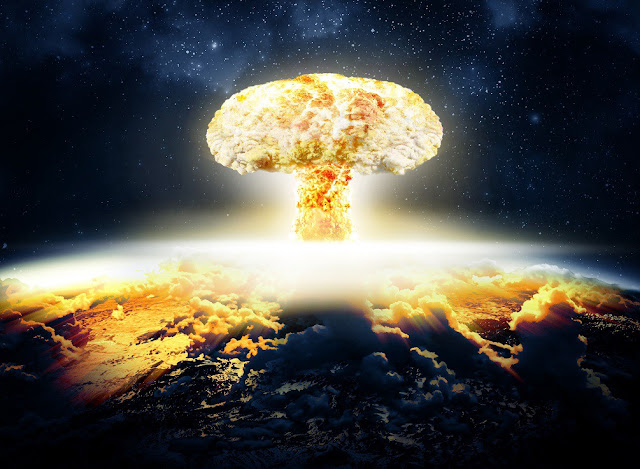 Detonating a nuclear bomb seems like a risky business in general, but in the early 1960s, the US and the Soviet Union were busy trying to figure out what would happen if you set one off in space? The answer turned out to be something they didn’t really expect. A nuclear blast could cause a high-altitude electromagnetic pulse or EMP, a powerful man-made burst of electromagnetic energy that could basically wipe out communications here on Earth.
It was a whole new way to use the bomb and they kind of discovered it by accident. It all started in 1958 when the US launched its first satellite Explorer 1. NASA scientist James Van Allen equipped it with a Geiger counter, because he wanted to measure radiation at different altitudes, a project he had already been working on using balloons.
The readings that came back were strange. Radiation levels seemed to increase with altitude, then suddenly dropped to 0, then increase and then suddenly dropped to 0 again. More testing showed that readings that looked like 0 were actually because the radiation levels were so high that the detector couldn’t handle it. But that spring Van Allen realized he made a new discovery: that there were at least two belts around the planet between 1,000 and 60,000 kilometres up with extra high concentrations of charged particles like electrons and protons.
Today we call these belts the Van Allen belts and we know that they are mostly made of particles from solar wind and cosmic rays, held in place by Earth’s magnetic field. We also know that depending on solar activity there can be more than two of them.
In May of that year, Van Allen presented his discovery at a press conference at the National Academy in Washington DC. Later that day, the US military asked for his help detonating nuclear weapons in the Van Allen belts. US military officials suspected the Soviets were doing high-altitude nuclear tests. And at the time nobody really knew how a high-altitude explosion would differ from one here on Earth. Newly discovered Van Allen Belts added a whole new element because nuclear blasts release lots of charged particles and here with these two huge bands of more charged particles.
The US was worried that interference from the Van Allen belts might hide incoming missiles or that they could somehow be used to steer a blast. So they decided to learn more about how atomic bombs behaved at high altitudes by detonating a bunch of them. During those tests they ended up measuring electric signals so high they thought it was a fluke caused by other flaws in the instruments they were using. But they had to wait a while to figure out what was really happening, because later that year the USSR called for a ban on high-altitude nuclear testing and the US agreed.
Then in 1961, the USSR started testing their own nukes at high altitudes anyway and the US quickly continued their own, including a test known as Starfish Prime. Starfish Prime was humanity’s first hydrogen bomb detonated at a high altitude. It detonated 400 kilometres above a point near its launch from Johnston Island in the Pacific Ocean. It was also the biggest bomb ever set off in space, 100 times more powerful than the Hiroshima bomb and with a blast equal to about 1.4 million tons of TNT.
But with so little air around it, it didn’t make a fireball. Instead, the charged particles zooming away from Starfish Prime caused a huge Aurora that could be seen for thousands of kilometres around Johnston Island. And then, burglar alarms started going off in Hawaii more than a thousand kilometres away. 27 rockets followed Starfish Prime to gather data and even they weren’t equipped to measure what happened. What the US learned was that the oddly high measurement from earlier tests weren’t glitches.
High-altitude nuclear explosions are just very different. In the near vacuum up there, the energy from nuclear blast sends out lots of free electrons. Those electrons create a brief but extremely powerful electromagnetic pulse: an EMP. Starfish Prime’s EMP was so strong, it affected the flow of electricity on Earth thousands of kilometres from Johnston Island, causing blackouts and electrical malfunctions in Hawaii and disabling at least six satellites. But that was in a relatively isolated area.
Today an EMP could be used to disable an entire country. The US commission to study EMPs in 2008 estimated that an EMP attack could kill 90% of the US population within 12 months since so much of the way we live depends on satellites and the electrical grid. The US military ran a few more tests after Starfish Prime, but they kept things a lot smaller and the data from those tests is still classified.
Only a year later the USSR proposed another moratorium on high-altitude nukes: the Limited Test Ban Treaty of 1963, and we haven’t set off any nukes in space since then. So in the end humanity was probably right to be worried about the consequences of detonating nuclear bombs in space, but mainly because they accidentally stumbled upon a way to make the aftermath of the bomb even worse.
Also Read:- How Submarines Work?