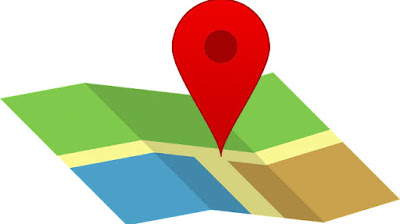 One of the most annoying nuisances of the modern world is heading out for something important and then getting stuck in a traffic jam. However, if  You are proactive and plan your journey well ahead of time, situations involving those infuriating traffic jams can, in fact, be avoided.
There are a number of tools that can provide a general idea about traffic conditions in a certain area. Even some radio stations periodically broadcast important traffic updates throughout the day. However, the web-based application that is by far the most popular among all the traffic update tools and services is Google Maps a smartphone application designed by Google.
If you have a smartphone and travel frequently it is almost impossible that you haven’t used Google Maps. It is an amazingly powerful app that not only acts as a standard GPS device but also gives you recommendations regarding the quickest routes to reach your chosen destinations. Google Maps uses a very smart algorithm to provide real-time updates about traffic conditions and even makes relevant traffic predictions.
The initial versions of Google Maps relied only on data from traffic sensors and cameras that were installed by government transportation agencies and certain private companies that compiled traffic data for various purposes. These sensors use laser radar or active infrared technology that could detect how fast the overall traffic was moving by observing the general size and speed of automobiles. Initially, Google would obtain this information and then embed it in maps for people to use.
However, that method of determining traffic conditions has become obsolete today Google Maps now uses a more sophisticated, reliable and rather brilliant technique known as crowdsourcing to run the app and feed its users the most recent traffic updates on the go.
Crowdsourcing is a fascinating model to collect information on any subject whether that as traffic conditions reviews about products or even memes. It’s a sourcing model where an organization obtains services or goods from a large number of people typically via the internet. For instance, the famous ice cream company Ben & Jerry’s conducted a crowdsourcing contest to come up with a new ice cream flavour. Participants were supposed to submit their flavour idea and in return, they would get a prize. Since 2009 Google Maps has utilized crowdsourcing to enhance the accuracy of its traffic updates and predictions.
If you use your smartphone to navigate to different places in a city then you already know that in order to use the navigation feature in Google Maps you need to keep your phone’s GPS turned on. In simpler terms, if you want to know about traffic conditions in real time you need to keep your phone’s location turned on. When you are driving and your phone’s location is turned on it sends bits of data anonymously to Google Maps in this way Google learns how fast your device and by extension your car is moving. The same is true for other cars on the road, their phones are also sending bits of data to the Google database.
The app constantly combines this massive amount of data coming from all the cars on the road, processes it and then sends it back to the same phones in the form of real-time traffic updates. In other words, it’s your phone and the phones of your fellow drivers that feed Google Maps with the data it needs to provide live traffic updates.
The interesting thing about this technique is that if you don’t want Google to gather location data from your phone you can always opt out of the service by simply toggling your phone’s location to off. However, if you do that you also won’t be able to view live traffic updates in Google Maps. All in all Google Maps is an incredibly useful and intelligent app that not only takes you places but also helps ensure that you don’t spend half your life stuck in traffic jams.
Also Read:- Let’s Understand White Holes