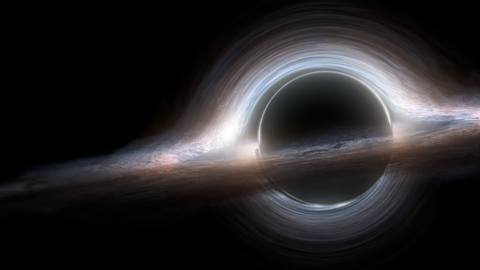 Black holes are among the most fascinating objects in our universe and also the most mysterious. A black hole is a region in space where the force of gravity is so strong not even light the fastest known entity in our universe can escape.
The boundary of A black hole is called the event horizon a point of no return beyond which we truly can not see. When something crosses the event horizon it collapses into the black hole’s singularity an infinitely small infinitely dense point for space-time and the laws of physics no longer apply.
Scientists have theorized several different types of black holes with stellar and supermassive black holes being the most common. Stellar black holes form when massive stars die and collapse the roughly 10 to 20 times the mass of our Sun and scattered throughout the universe. There could be millions of these Stellar black holes in the Milky Way alone.
Supermassive black holes are giants by comparison measuring millions even billions of times more massive than our Sun. Scientists can only guess how they form but we do know they exist at the centre of just about every large galaxy including our own. Sagittarius a the supermassive black hole at the centre of the Milky Way has a mass of roughly 4 million Suns and has a diameter about the distance between the earth and our Sun.
Because black holes are invisible the only way for scientists to detect and study them is to observe their effect on nearby matter. This includes accretion disks, a disk of particles that form when gases and dust fall toward a black hole. And quasars Jets of particles that blast out of supermassive black holes.
Black holes remained largely unknown until the 20th century. In 1916 using Einstein’s general theory of relativity a German physicist named Karl Schwarzschild calculated that any mass can become a black hole if it were compressed tightly enough. But it wasn’t until 1971 when theory became reality. Astronomers studying the constellation Cygnus discovered the first black hole.
An untold number of black holes are scattered throughout the universe, Constantly warping space and time altering entire galaxies. And endlessly inspiring both scientists and our collective imagination
Also Read:- Can Gravity Beat Dark Energy?