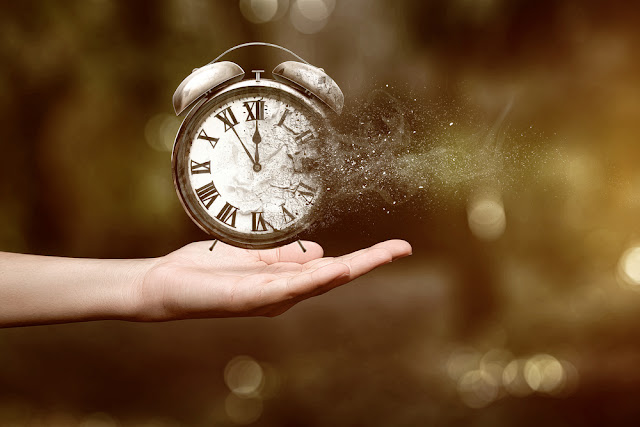 Why does time pass? It is a question so profound that few people would even think to ask it yet its effects are all around. Human beings live in a perpetual present inexorably sealed off from the past, but moving relentlessly into the future. For most people time seems to be something that is just out there, a thing ticking away in the background fixed immutable. Time seems to go in one direction in one direction only, but physicists see it much differently.

John Archibald Wheeler once said time is what stops everything from happening at once. In an interview, Andrew Jaffe, professor of Astronomy and Cosmology at Imperial College London, said that “I wish I could explain what it would be like for there not to be time, but I can’t. We experience time, We are psychological creatures that have time and that’s kind of one of our defining characteristics. So if time weren’t around, we don’t really have even a good way to describe what happens because happens, right? That’s a verb right there that has to do with time. So I think once you start wondering about this you get much further into the realms of philosophy than physics.”

But Dr Sean Carroll, Physicist at California Institute of Technology, stated that “I actually don’t think it’s that mysterious. We live in a world that is full of stuff and this world happens over and over again with the stuff in slightly different positions. Time is just the label on all those different moments that constitute the history of the universe. It is very much like the page numbers in a book.”

One of the great minds who changed the way science thinks about time was Albert Einstein. In 1905 he published his special theory of relativity, which described the motion of objects moving near the speed of light? In it, he demonstrated that time passes differently in different places depending on how those places are moving with respect to one another.

So first, Einstein studied the effect of fast motion and he found that space and time got mixed up if you moved more quickly and that’s his special theory of relativity. It is called the theory of relativity because even the difference between time and space is relative to what observer is doing the measuring, in particular, to how fast you are moving. This is something that we never notice in our everyday lives, but once you start moving close to the speed of light relativity becomes crucial.

Einstein showed that the faster one travels the slower time goes for the traveller. At the speeds at which humans move this is imperceptible. But for someone travelling on a spaceship at speeds close to that of light time would slow down compared with its passage for people on earth.

In an interview, Dr Kip S. Thorne, a theoretical physicist, once said that “one of Einstein’s great insights was to understand that different people moving at different speeds through the universe, see different events as being simultaneous.” There was another important aspect of Einstein’s theory which he didn’t even realize when he published it the Time, which was woven into the very fabric of space itself.

It was actually not Einstein but another German mathematician named Hermann Minkowski, who pointed out that Einstein’s theory could be thought of as a theory of a single four-dimensional space-time. Einstein when first heard this idea said well, that’s just a mathematician talking, that is not really something that is very useful to physicists. But once he tried to fit gravity into his theory of relativity, he realized the space-time concept was crucial.

Einstein used this insight to help develop his general theory of relativity, which incorporated gravity. He published it in 1915 ten years after his special theory of relativity which was focused solely on the motion. Dr Sean said that “Einstein tried very hard he worked for ten years after inventing special relativity to fit gravity into the framework and eventually he realized he needed a new framework. So he invented what we call the general theory of relativity, where Einstein says that this space-time stuff this four-dimensional world in which we live has a life of its own. Space-time itself can move it has dynamics it has curvature and it’s that curvature that geometry of space-time that you and I experienced as the force of gravity. And then he found the time was also changed by your proximity to a very massive object like a Black Hole, but also just how close we are to the earth or to the Sun or anything else that has a gravitational field changes the passage of time”

With the general theory of relativity, he demonstrated that massive objects warped the fabric of space-time. It is this curvature that causes time to slow down near them. According to general relativity, time slows down near massive bodies. It slows down any place that gravity pulls you toward. Time slows down in proportion to the gravitational pull of a nearby object, so the effect would be strong near a black hole but milder near the earth. But even here it can be detected. Einstein’s theories had to be taken into account when the GPS system was set up, otherwise, it would have been inaccurate.

These ideas about space and time being relative sound very wild and far out and removed for everyday experience. But to physicist they are very very important there’s something we observe every day. One of the interesting things about Einstein’s equations is that none of them suggests time goes in only one direction. They work equally well if time goes forwards or backwards. This is in contrast to everyday experience.

“One of the conundrums is that the laws of physics, for the most part, do not distinguish between time going forward and time going backwards and yet the actual world that we experience certainly is different forward to backwards.”, said Andrew Jaffe. One scientist who puzzled over the directionality of time was Arthur Eddington, a 20th-century astronomer who defined the concept of the arrow of time-based on observations made by the 19th-century physicist Ludwig Boltzmann.

The arrow of time is based on the second law of thermodynamics, which says the disorder known as entropy increases with time. For example, a building left untouched will slowly decay into its surroundings, it will disintegrate into a more chaotic state. But it is highly unlikely that the building will become more orderly over time. This is because there are many more ways for a system to be disorderly than orderly. There can be many ways for something to break for instance, but only one way for it to be put back together again. A system will be less disordered in the past and more disordered in the future. This is the arrow of time.

So how can the arrow of time be reconciled with Einstein’s equations if time can go forwards and backwards according to relativity, Does that mean it’s possible to go backwards in time?

The theory of relativity does allow time travel to the future if I go down near a black hole and stay there for one hour you may go forward by seven years by the time I come back. So you have moved forward in time seven years while I move forward in time just one hour.

Einstein’s theories do allow for the formation of wormholes in space these are shortcuts that link otherwise distant places in the space-time continuum. So a wormhole is a hole in space and time that comes out somewhere else and it does it much faster than the speed of light potentially so it would be a way of violating what we think of otherwise as a fundamental speed limit in Einstein’s theories. It does it in a way that doesn’t obviously violate Einstein’s theories, but we are not sure that there’s any actual way you can build a wormhole.

Although wormholes are theoretically possible, they’re a highly implausible proposition. That’s because the equations suggest enormous masses and energies would be required to create and manipulate one. There are two problems of the wormholes one is if you don’t have one how you create it? and the other is if you do have one, how do you hold it open? So, it doesn’t collapse and prevents you from going through. In both cases what we understand about these questions is it points toward a conclusion that wormholes are probably forbidden by the laws of nature.

What remains then is a mystery? Theories fail to forbid travelling backwards in time, but practice suggests it might just as well be forbidden. For now, it would appear the arrow of time cannot be reversed. No, one knows. Why time passes, but it seems that no matter how people look at it, it goes in one direction in one direction only.