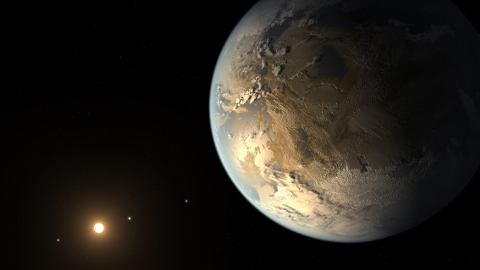 There are many planets in the entire universe, but as far as we know, there is only a handful which could possibly support life. Naturally, some say that life may flourish under other conditions, and perhaps even in the absence of water. While that may be true, take a look around – life seems to do quite well here on Earth and we’ve yet to find it elsewhere in our Solar System.
Space scientists and astronomers continuously scour the vastness of space for finding signs of life elsewhere in the solar system and even outside of it. Now, taking one celestial body at a time and devoting all your time and resources to ascertain whether it supports life would be too imprudent and wasteful. That’s why, astronomers look for certain pointers in a celestial body and then determine if it has the potential to support life or in other words, whether it’s habitable.
Even if we assume any habitable planet must be Earth-like and it may not be. Astrobiologists estimate that the Milky Way has 500 habitable planets, which fit the following criteria: 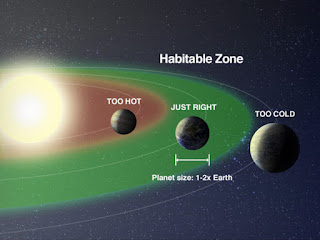 1. It has to be a comfortable distance away from a star (Habitable Zone):
The classical definition for the habitable zone as the region at a comfortable distance away from a star similar to our sun. That is, far enough away to be out of the heavy heat and radiation zone, but not so far that it’s extremely cold. The habitable zone where the temperature of an orbiting planet permits water in liquid form.
Astrophysicists are extremely good at calculating the temperature of a star and then, taking into account the distance of a planet from its host star, it is easy to work out the planet’s “equilibrium temperature”.

2. The stars around it have to be ‘stable’:
For a planet, it’s important that the stars closest to it are stable in terms of their luminosity. Although every star’s luminosity increases with time, it should not be too severe, or else it could simply burn up everything on the closest planet. 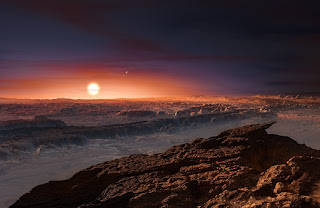 3. It should be made up of rock:
Since Earth is a terrestrial planet and is habitable, it is assumed that a planet must be made up of rocks, and not gases. Therefore, we don’t expect to find life on gas giants like Jupiter, Saturn, and Uranus. However, there could be life on the cloud tops of these planets, but it is highly unlikely, as there is no surface and the gravity of these planets is very high. 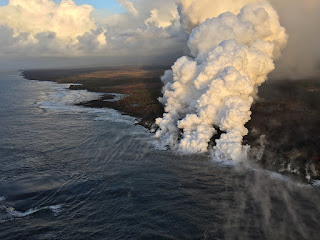 4. It should not have a very low mass:
A planet with low mass is not suitable for habitation because low mass means low gravity. Low gravity further means that the planet won’t be able to retain an atmosphere, as constituent gases will easily reach escape velocity and be lost in open space. However, there are some exceptions to this condition: one of Jupiter’s moons, Io, is a small celestial body, yet it is volcanically dynamic and has distant chances of harbouring life. 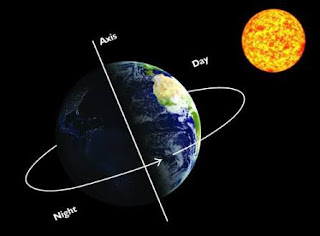 5. It must rotate on its axis and revolve:
A planet must also rotate on its axis and revolve around its parent star to be habitable. Furthermore, if life on the planet is to be given a chance to evolve, certain other conditions have to be met in its rotational motion. For example, there should be some axial tilt perpendicular to its orbit, which will result in seasons on the planet or celestial object. 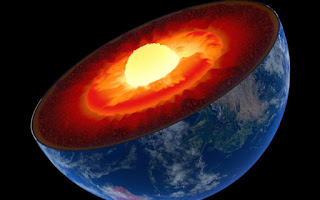 6. It should have a molten core:
The planet must be big enough to have a molten core. Earth’s core gives us a source of geothermal energy, it allows cycling of raw materials, and it sets up a magnetic field around the planet that protects us from radiation. Mars probably had a hot liquid core at one time, but because it’s a smaller planet its heat dissipated more quickly.
To sustain any type of life, a planet requires a rapidly rotating magnetic field to protect it from flares from nearby stars. This is what we call the core of the planet. A planetary core is a terrific source of geothermal energy, allows the cycling of raw materials, and spawns a magnetic field around the planet to protect it from harmful radiation. It should be noted that Mars was known to have a liquid core at one time, but its heat dissipated quickly because Mars is a smaller planet. 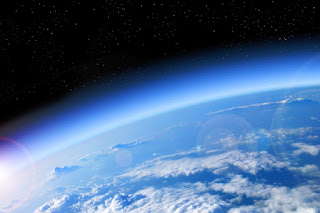 7: It should hold an atmosphere:
The planet should have a protective atmosphere. The atmosphere holds carbon dioxide and other gases that keep the planet warm and protect its surface from radiation.
As stated earlier, since we do not know of the existence of any life outside of Earth, these assumptions are deduced from the particular conditions that support life on Earth. If, however, there are organisms who can survive in altogether different conditions than what we have experienced here on Earth, then who really knows maybe we already have company.
Example Of Some Earth-Like Planet:
Proxima b – This planet revolves around the star Proxima Centauri. The star is 4.2 Light years away from the sun. It weighs around 1.3 times more than earth. It could have liquid water, but that depends on its atmospheric conditions. But as nothing is known about its atmosphere, we cannot be sure about it having water.
Wolf 1061c – It is located in the constellation Ophiuchus and revolves around the red dwarf Wolf 1061. The planet is approximately 13.8 light years from Earth It’s around 4.3 times larger than earth. It has a short revolution time of about 17.9 days.
Gliese 832c – It revolves around the red dwarf Gliese 832 and is present in its habitable zone. Its size is around 5 times that of Earth. Because of this, it’s often called a Super-earth. The planet is 16 light years away from our planet.
TRAPPIST-1d – This planet is around 40 light years away from us and is in the constellation of Aquarius. It revolves around an ultracool red dwarf known as TRAPPIST-1.
Also Read:- The Ultrafast Einstein–de Haas Effect