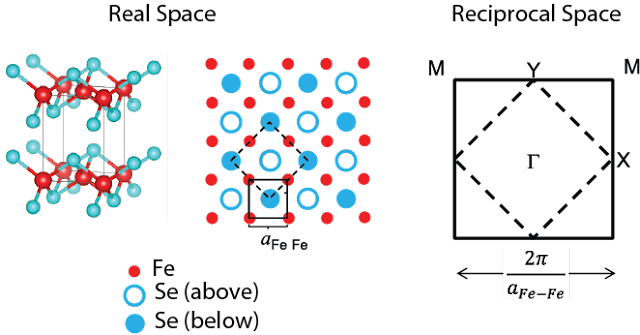 Some iron-based superconductors could benefit from a tuneup, according to two studies by Rice University physicists and collaborators.
“Our work demonstrates a new design principle for tuning quantum materials to achieve unconventional superconductivity at higher temperatures,” said Rice’s Qimiao Si, the lead theoretical physicist on the studies, which investigate unusual patterns of superconductivity that have previously been reported in iron selenide.
“We show how nematicity, an unusual electronic order, can boost the chances that superconductivity will arise from electron-pairing in specific orbitals,” said Si, director of the Rice Center for Quantum Materials (RCQM) and the Harry C. and Olga K. Wiess Professor of Physics and Astronomy. “Tuning materials to enhance this effect could foster superconductivity at higher temperatures.”
Electrical current heats wiring, thanks to the jostling of countless electrons, which lose energy each time they bump something. About 6 percent of electricity on U.S. power grids is lost to this heating, or electrical resistance, each year. In contrast, the electrons in superconductors form pairs that flow effortlessly, without resistance or heat.
Engineers have long dreamed of harnessing superconductivity for energy-efficient computing, power grids and more, but electrons are notorious loners, the most-studied member of a quantum family called fermions. Fermions are so opposed to sharing space with one another that they’ve been known to temporarily wink out of existence instead. Because of their quirky quantum nature, coaxing electrons to form pairs often requires extreme conditions, like intense pressure or temperatures colder than deep space.
Unconventional superconductivity—the kind that occurs in materials like iron selenide—is different. For reasons physicists cannot fully explain, electrons in unconventional superconductors form pairs at relatively high temperatures. The behaviour has been documented in dozens of materials over the past 40 years. And while the exact mechanism remains a mystery, physicists like Si have learned to predict how unconventional superconductors will behave in some situations.
In the new studies, Si, Rice graduate student Haoyu Hu and collaborators used a theoretical model of “orbital-selective pairing” to both explain previous experimental results from iron selenide and to predict how it and other materials will behave under other circumstances. The team included Haoyu Hu, graduate student at Rice University, Rong Yu of Renmin University of China, Emilian Nica of Arizona State University and Jian-Xin Zhu of Los Alamos National Laboratory. In its model, electrons in some atomic shells are more likely to form pairs than others. Si said one way to visual this is by thinking of atomic orbitals like lanes on a freeway.
“Cars travel at different speeds in different lanes,” he said. “We expect those in the left lane to move fastest, but that’s not always the case. When many cars are on the highway, other lanes may move faster. The electrons in unconventional superconductors are like the cars on a crowded freeway. They must avoid one another and may end up being stuck in one lane. Tuning for electronic order is a way to coax electrons into specific orbitals, much like the highway cones and barriers that direct cars into specific lanes.”
Iron-based high-temperature superconductors were discovered in 2008, and Si and collaborators offered one of the first theories to explain them: Cooling them to the vicinity of a quantum critical point brings about pronounced correlated-electron effects, behaviors that arise from and can only be understood by viewing electrons as a collective system rather than many individual objects.
The new papers, which appeared in Physical Review Letters (PRL) and Physical Review B (PRB), build upon research Si conducted with Yu and Nica during their postdoctoral and graduate studies at Rice. In 2013, Si and Yu showed that orbital-selective behavior could cause alkaline iron selenides to simultaneously exhibit the conflicting characteristics of both metals and insulators. In 2017, Si, Nica and colleagues showed it was possible for iron selenides to have a superconducting state in which electron pairs associated with one orbital of a subshell were very different from those of a closely related orbital in the same subshell.
“In the present work, we showed that a nematic order drastically enhances orbital selectivity in the normal state at temperatures above the superconducting transition temperature,” said Yu, lead author of the PRL paper.
In nematic systems, there is a higher degree of order in one direction than another. In a box of uncooked spaghetti, for example, the noodles are aligned longwise but disordered if viewed in the perpendicular direction.
To analyze the nature of superconductivity in the presence of the nematic electronic order, Yu, Si and colleagues analyzed the “superconducting gap,” a measure that compares the energy costs associated with breaking apart electron pairs in the nematic direction and the perpendicular direction. Their calculations revealed a large difference.
“Our results provide a natural understanding of very striking results that were recently reported based on painstaking measurements of the superconducting gap in iron selenide with scanning tunneling microscopy,” said Hu, the lead author of the PRB paper.
Si said the work “sheds light on the interplay between orbital-selective pairing and electronic orders, which appear to be important ingredients for unconventional superconductivity in both iron-based superconductors and other strongly correlated quantum materials.”
Source:- Physical Review Letters 1 Physical Review Letters2
Also Read:- What Makes A Planet Habitable?