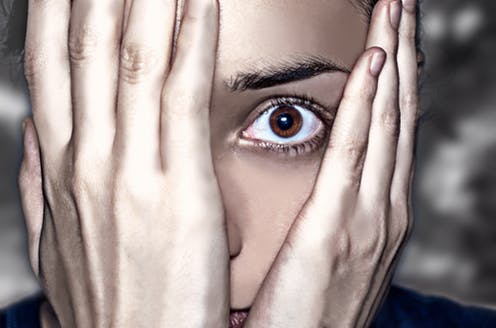 You may have heard that facing your fears is the best way to conquer them. As it turns out, this is actually pretty scientific advice and is the basis for a technique called exposure therapy. This kind of therapy has been used in some form or another since the 1950s and it’s designed to help people overcome intense fears and anxieties by exposing them to whatever they’re afraid of. While that might sound totally counter-intuitive, it’s all based on some pretty basic and well-tested psychology.
Exposure therapy is a psychological treatment that was developed to help people confront their fears. When people are fearful of something, they tend to avoid the feared objects, activities or situations. Although this avoidance might help reduce feelings of fear in the short term, over the long term it can make the fear become even worse. In such situations, a psychologist might recommend a program of exposure therapy in order to help break the pattern of avoidance and fear. In this form of therapy, psychologists create a safe environment in which to “expose” individuals to the things they fear and avoid. The exposure to the feared objects, activities or situations in a safe environment helps reduce fear and decrease avoidance.
In general, there’s nothing wrong with being afraid. After all, fear is a big part of what’s kept humans around for so long. But people with conditions like post-traumatic stress disorder or phobias experience extreme levels of fear that make it difficult to live their lives. Exposure therapy is designed to help people overcome those kinds of debilitating fear. It’s centred on the idea that fears can be learned and unlearned.

This is related to a concept in psychology called conditioning specifically, Classical or Pavlovian conditioning. It was named after famous experiments done by Ivan Pavlov in the 1890s and it involves a stimulus becoming associated with a specific outcome.
In Pavlov’s experiments, dogs learned that whenever someone rang a bell, they got food. So they came to associate the bell with food and developed a positive reaction to it. In that case, they salivated in anticipation of being fed. Other experiments showed that this type of conditioning can be true for negative stimuli, too Like, if someone is bitten by a dog, they might associate dogs with pain and fear and develop a phobia of them.

These results have been duplicated in tons of experiments over the years, but what’s most important for exposure therapy is that these associations can also be extinguished, or unlearned, through conditioning.
So if someone with a phobia of dogs had repeated exposure to the animals without being bitten, their link between dogs and pain would likely disappear. This process is the same no matter where the association comes from, too.

So no matter where someone learned to fear something, facing their fear in a controlled environment can still help them extinguish it. That’s a big part of what exposure therapy is based on controlled-safe fear extinguishing. It’s about either teaching someone to overcome a fear or to manage and process their anxieties in a more helpful way.
There are a few different types of this therapy, and the exposure part can take several forms. For one, a fear can either be imagined or experienced in vivo, meaning in real life. Some fears, like fear of spiders, are safe for in vivo exposure. Others, like the fear of combat that some veterans experience, typically aren’t safe and practical to repeat in real life, so these rely on imagined or even virtual reality exposure.

There are also different strategies for how much and how fast to expose patients to their fears. Most exposure therapy involves what’s called graded exposure or starting small and gradually ramping up. Often, it begins with imagined exposures and advances to in vivo.
For example, a therapist might guide a patient in thinking about a spider, and in performing relaxation techniques like slow breathing to manage their fear response. Then, when the imaginary spider doesn’t cause fear anymore, the patient will look at a real spider behind glass. Eventually, they might move from looking at the spider without glass to potentially touching and holding it.

Another technique is called flooding. Unlike graded exposure, it involves facing the most feared scenario all at once. While this is much scarier for the patient at first, if performed correctly, it also results in them realizing they don’t need to respond to their fears in such an extreme way. However, because this is more difficult for both the patient and the psychologist, graded exposure therapy is used most often.
Of course, like all types of therapies, exposure therapy isn’t equally helpful for everyone. In some cases with phobias and PTSD, it’s even been reported to make fears worse. Scientists speculate that this might happen if the therapy isn’t performed correctly, or for long enough. Also, in general, it’s especially difficult to treat social anxiety with exposure therapy although it has helped plenty of people.

It isn’t clear why social anxiety is harder, but it could be because social interactions happen every day. This means it’s more difficult to isolate and control the severity of interactions, which is necessary for patients to process their fears.
Overall, though, exposure therapy is highly effective, and this has been shown by numerous studies. Like, one 2010 meta-analysis of 13 different studies examining 675 total patients with PTSD found that 86% showed significant improvement after exposure therapy. A 2007 meta-analysis of 300 patients across 21 studies reported similar success in treating specific phobias.

While it’s most commonly used to treat PTSD and phobias, exposure therapy has also been shown to effectively treat panic disorder, obsessive-compulsive disorder and generalized anxiety disorder. Research is even showing that virtual reality therapy is just as effective as in vivo exposure. Which could be a big deal for people who can’t safely face their fears in real life.

Now, this doesn’t mean you should rush out to the woods and find a spider to expose your arachnophobic friend to. Like other kinds of therapy, exposure therapy is meant to be done by a trained professional in a controlled environment. But if your friend wants to learn more about how it works?  Read This Book

Also Read:- Here Is How We Could Store Data On A Single Atom