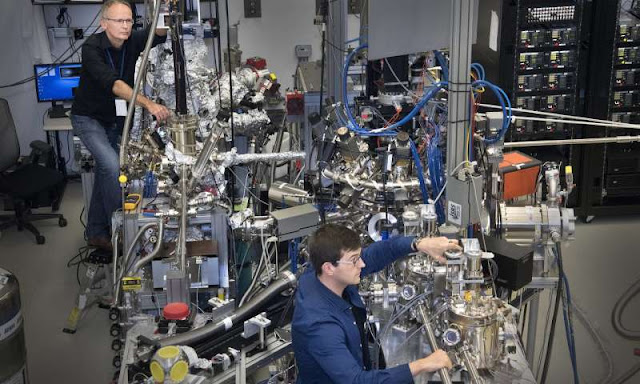 Scientists mapping out the quantum characteristics of superconductors materials that conduct electricity with no energy loss have entered a new regime. Using newly connected tools named OASIS at the U.S. Department of Energy’s Brookhaven National Laboratory, they’ve uncovered previously inaccessible details of the “phase diagram” of one of the most commonly studied “high-temperature” superconductors. The newly mapped data includes signals of what happens when superconductivity vanishes.

“In terms of superconductivity, this may sound bad, but if you study some phenomenon, it is always good to be able to approach it from its origin,” said Brookhaven physicist Tonica Valla, who led the study just published in the journal Nature Communications. “If you have a chance to see how superconductivity disappears, that in turn might give insight into what causes superconductivity in the first place.”
Unlocking the secrets of superconductivity holds great promise in addressing energy challenges. Materials able to carry current over long distances with no loss would revolutionize power transmission, eliminate the need for cooling computer-packed data centres, and lead to new forms of energy storage, for example. The hitch is that, at present, most known superconductors, even the “high-temperature” varieties, must themselves be kept super cold to perform their current-carrying magic. So, scientists have been trying to understand the key characteristics that cause superconductivity in these materials with the goal of discovering or creating new materials that can operate at temperatures more practical for these everyday applications.

The Brookhaven team was studying a well-known high-temperature superconductor made of layers that include bismuth-oxide, strontium-oxide, calcium, and copper-oxide (abbreviated as BSCCO). Cleaving crystals of this material create pristine bismuth-oxide surfaces. When they analyzed the electronic structure of the pristine cleaved surface, they saw telltale signs of superconductivity at a transition temperature (Tc) of 94 Kelvin (-179 degrees Celsius)—the highest temperature at which superconductivity sets in for this well-studied material.
The team then heated samples in ozone (O3) and found that they could achieve high doping levels and explore previously unexplored portions of this material’s phase diagram, which is a map-like graph showing how the material changes its properties at different temperatures under different conditions (similar to the way you can map out the temperature and pressure coordinates at which liquid water freezes when it is cooled, or changes to steam when heated). In this case, the variable the scientists were interested in was how many charge vacancies, or “holes,” were added, or “doped” into the material by the exposure to ozone. Holes facilitate the flow of current by giving the charges (electrons) somewhere to go.

“For this material, if you start with the crystal of ‘parent’ compound, which is an insulator (meaning no conductivity), the introduction of holes results in superconductivity,” Valla said. As more holes are added, the superconductivity gets stronger and at higher temperatures up to a maximum at 94 Kelvin, he explained. “Then, with more holes, the material becomes ‘over-doped,’ and Tc goes down for this material, to 50 K.
“Until this study, nothing past that point was known because we couldn’t get crystals doped above that level. But our new data takes us to a point of doping way beyond the previous limit, to a point where Tc is not measurable.” Said Valla, “That means we can now explore the entire dome-shaped curve of superconductivity in this material, which is something that nobody has been able to do before.” 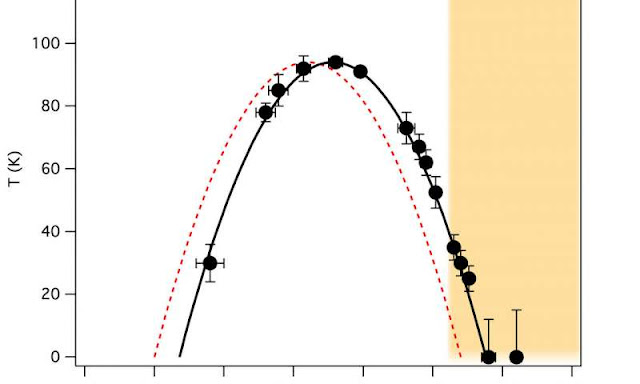 The team created samples heated in a vacuum (to produce underdoped material) and in ozone (to make overdoped samples) and plotted points along the entire superconducting dome. They discovered some interesting characteristics in the previously unexplored “far side” of the phase diagram.
“What we saw is that things become much simpler,” Valla said. Some of the quirkier characteristics that exist on the well-explored side of the map and complicate scientists’ understanding of high-temperature superconductivity—things like a “pseudogap” in the electronic signature, and variations in particle spin and charge densities—disappear on the overdoped far side of the dome.

Also Read:- Silicosis is on the rise, but is there a therapeutic target?