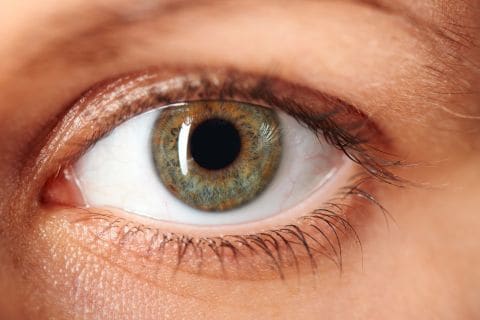 You know those little motes or floaters that you sometimes see moving in your vision? Well, someday very soon, those could be Nanorobots.

An international team of medical researchers has unveiled a new class of medical nanobots that can “swim” through the thick vitreous tissue of the eyeball. The propeller-shaped robots are designed to deliver medicine to precise locations in the eye.
The nanobots have so far only been tested in model systems and dissected animal eyeballs, but the plan is to eventually deploy the technology in clinics, giving doctors a new way to treat a variety of ophthalmological ailments.

The new robots were developed at the Max Planck Institute for Intelligent Systems in Stuttgart, Germany, with input from researchers in Denmark and China. Details on the emerging technology were recently published in the journal Science Advances under the rather evocative title, “A swarm of slippery micro-propellers penetrates the vitreous body of the eye.”
While similar nanobots have been developed for moving through other parts of the body the bloodstream and the gastrointestinal tract, say the Planck bots are the first to be designed specifically for the human eyeball. The project is part of a larger initiative to design extremely small robots that can achieve targeted drug delivery inside of dense biological tissue.

The eyebots are definitely small microscopic, in fact. At about 500 nanometers wide, they’re around 200 times smaller than the diameter of a human hair. That’s smaller than most bacteria, researchers say, and it’s just the right size for sliding around in the complex molecular matrix of the eyeball.
One of the major design challenges was to find a way to keep the bots, which move like a corkscrew, from getting entangled in the eyeball’s mesh of biological molecules. The solution involved adding a kind of non-stick coating. Oddly enough, the Planck team turned to the world of plants to solve that problem.

“For the coating, we look to nature for inspiration,” said Zhiguang Wu, first author on the study, in a statement. “We applied a liquid layer found on the carnivorous pitcher plant, which has a slippery surface to catch insects,” Wu said that the synthetic non-stick layer is similar to the Teflon coating of a frying pan. “This slippery coating is crucial for the efficient propulsion of our robots inside the eye,” he said, “as it minimizes the adhesion between the biological protein network in the vitreous and the surface of our nanorobots.”
For movement, the eyebots rely on a standard system used by other kinds of medical nanobots: magnets. Each of the bots has propeller-shaped elements that are seeded with tiny metal particles. Those particles respond to an external magnetic field, controlled by the doctor, which ultimately guides the robot to the desired location in the eye.

To test the new technology, the Planck team carried out a series of experiments using dissected pig eyeballs. Using a small needle, the team injected tens of thousands of the bots into the eyeball’s vitreous humor. They then used the magnetic fields to rotate each bot’s individual nanopropeller, guiding the entire swarm to the retina.
The next step in the research is to load the nanobots with cargo and test out different kinds of drugs and medicines. The idea is to deploy a nanobot eyeball swarmsavourr that phrase for a moment to deliver treatments within the eye without the need for surgery or other invasive techniques.

“We want to be able to use our nanopropellers as tools in the minimally-invasive treatment of all kinds of diseases,” said co-author Tian Qiu, “where the problematic area is hard to reach and surrounded by dense tissue.”

Also Read:- NASA’s Mars 2020 Rover Will Hunt For Signs Of Ancient Life In What Used To Be A River Delta