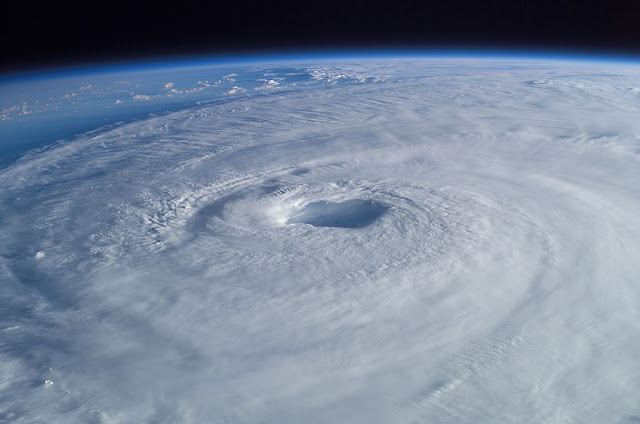 You’ve seen it on the news hurricane forecast with the weather maps and storm paths in alarming red but most of the time they’re not exactly accurate here’s why?

The trickiness to weather predictions comes from the fact that the math meteorologists use isn’t exactly accurate. Hurricane predictions and weather patterns are based on equations. Scientists input data about the hurricane-like wind speed, water temperature but they make a lot of assumptions and that’s where the error started. For example in 2004 Hurricane Charley was supposed to directly hit Tampa instead in the last minute shift the category 4 storm barreled down on Charlotte Harbor Florida a two-hour drive south of Tampa. The end result was a downtown reduced to rubble and residents underprepared.
On the positive side, hurricane Sandy took an almost unprecedented turn west towards New Jersey in New York the computer models nailed. Sandy was one of the biggest natural disasters in US history without predicting that turn. Who knows how much worse it could have been so why can’t we always see these changes coming.

You have probably heard of the butterfly effect it’s the idea that a butterfly flaps its wings in one part of the world and that movement can have unforeseen effects across the planet. This illustrates why it’s so hard to predict a  hurricane’s path because there are too many independent variables and also too much data. Any tiny errors or omissions in the predictive model can corrupt the algorithm its called “Chaos theory”. It means that there is so much information that the precise movements are impossible to predict.

So, what do scientists do to make their predictions more reliable they turn to human intuition and history? Meteorologists utilize statistical models that use the storm’s location and time of year to compare it to past hurricanes. It’s the fastest and more reliable way to predict storm intensity.

According to hurricane specialist at the National Oceanic and Atmospheric Administration. They also simply sit down with the data and try to determine if the computer model is painting an accurate picture based on the conditions. Sometimes, humans do it better than computers.
So, what would scientists need in order to make more accurate predictions for one more data things like speed & direction of wind high in the atmosphere and more Ocean temperature data or all stats that affect intensity that scientists don’t have yet?  For another they need more powerful Supercomputer there’s already so much data that it takes days to reach a prediction it takes even longer with all that extra data and days could be the difference between a city being ready for a storm or not?
Also Read:- A Network Of Smartphones Can Improve Short-Term Weather Forecasts