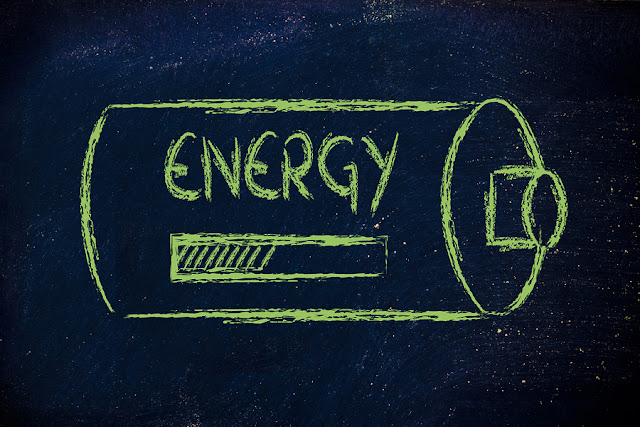 We all know what it feels like to be energetic to have energy, it’s this something that allows us to move, be active, get out of bed in the morning. And you can have more or less of the stuff. You can get it from breakfast. You can lose it by mowing the lawn.
Energy seems near tangible to us. We imagine it as this ephemeral substance or a mystical influence. But that intuitive sense has inspired us to discover the most powerful and useful concept in all of physics.
In physics, energy is not a substance nor is it mystical energy, it’s a number, a quantity. And the quantity itself isn’t even particularly fundamental. Instead, it’s a mathematical relationship between other more fundamental quantities.
Power derived from the utilization of physical or chemical resources, especially to provide light and heat or to work machines is Energy.
Energy is everything. It’s everywhere. It’s one of the true constants of the universe because as long as there has been a universe, there has been energy. And while it comes in lots of different forms that can seem different to us, they all amount to the same thing: Energy is the ability to do work. And work is just the act of displacing something by applying force.
So, say you stomp on a stomp rocket. The force of your foot hitting the pedal is turned into the force of air leaving the cannon sending your rocket sailing. Or maybe you are enjoying a nice patty melt — the energy from that food is broken down for all of the quadrillions of cells that you have to do all of the things that they have to do — make copies of your DNA, assemble and repair proteins, transport materials from one place to another, make muscle cells contract — you know, all the stuff of being alive. And the ability to do these things is inherent in everything around you.
Even things that look inert, completely lacking in energy. For example, a log is chock full of chemical energy because it’s made up of combinations of carbon and hydrogen and oxygen formed into lignin, which is the stuff that makes up wood. All of the bonds between all of those atoms, in every molecule of lignin, contain energy.
How do I know? Because if I were to apply enough extra energy, like as heat, to break those bonds — it would release that chemical energy as fire. That chemical energy also the kind of energy you get from that patty melt — your body is fueled by the chemical bond energy in sugars, fats, and proteins.
But this log also contains nuclear energy! Each atom in this wood has a nucleus, made of protons and neutrons, and the energy that binds them together is one of the most powerful sources of energy in the universe. If you could split one of the atoms of carbon or hydrogen in this log and rip those protons and neutrons apart, it would release some of that energy. There is so much nuclear energy in each atom that, if I could unleash all of it that’s in this log? There would be a giant smouldering crater where I’m standing and everyone in the state I live in would be dead.
So, everything that is made of atoms has nuclear energy locked up in it, but also, it turns out, that mass and energy are the same things! You might have heard of this little equation that a German patent clerk came up with about a hundred years ago: E = mc2.
Energy disguise in many from like Heat, Kinetic Energy, Potential Energy, Electricity Energy.. etc. But even though they may seem different, they can all be used to do work, whether it’s driving a turbine, or moving an engine piston, or allowing the screen on your tablet to glow. Or, if it’s that most mysterious of energies, dark energy, causing the universe to expand more than it seems like it should.
But here’s the thing to remember. Once the work is done, the energy isn’t done. Because energy never goes away. It can never be destroyed, and in the same way, it can never be created. It can only be transferred from one source to another — like, how the energy in the plants and animals that were in the patty melt were transferred into you — or it can be transferred from one form into another — like the chemical energy in the wood being transferred to light and heat as fire.
You could think of the universe as a constant flow of energy, and we are just little pit stops along the way. Everything your body is doing right now — whether it’s your lungs absorbing oxygen, your heart pumping blood, your brain cells firing as you watch me and learn things — all those things are using recycled energy that’s been around since the origin of the universe. And by simply being alive, you are releasing that energy back into the environment around you, to be used by other things in other ways.

Also Read:-  Fat Can Be Healthy