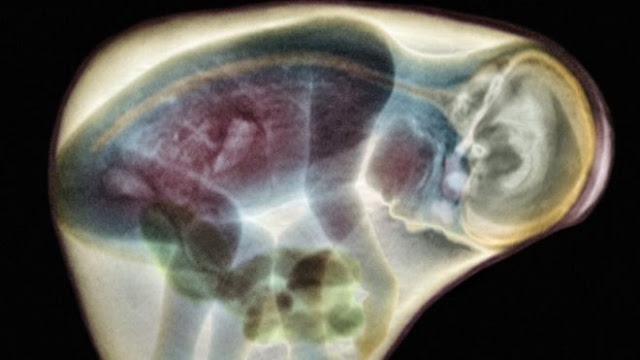 For the first time, brain tissue grown in a lab has spontaneously exhibited electrical activity, and it looks startlingly similar to human brain activity. More specifically, it resembles the brain activity of premature babies.

Now, the report of this startling development is yet to be peer-reviewed, but if confirmed, it could be a huge discovery bringing on possibilities for studying the early development of brain disorders. It also has left some scientists feeling hesitant.
These lab-grown brains are known as organoids – three-dimensional, miniature, simplified versions of organs grown in a lab for research purposes, such as testing drug responses, or cell development under certain adverse conditions.

Neuroscientist Alysson Muotri has been developing brain organoids in his lab at the University of California, San Diego for some years, but this is the first time he and his team have seen anything like human brain activity.
They grew the organoids in question from human pluripotent stem cells, or stem cells that can become any other kind of cell. They induced these ‘blanks’ to develop into cells that make up the cerebral cortex, the region of the brain responsible for really important things like memory, perception, cognition, though, and sensory processing.

Hundreds of these tiny brains were grown in culture over a period of 10 months, with testing to ensure the right genes for brain development were being expressed. They also continuously monitored the organs with electroencephalography (EEG). By six months, Nature reports, the brainlets were showing very energetic brain activity – much more than any the team had noted before.
On analysis, the activity wasn’t much like the organised, predictable brain activity of an adult. But it did bear a semblance to a different kind of brain activity. It had patterns in common with the chaotic bursts of synchronised brain activity seen in preterm infants.
While network activity from organoids does not exhibit the full temporal complexity seen in adults, the pattern of alternating periods of quiescence and network-synchronised events is similar to electrophysiological signatures present in preterm human infant EEG,” the researchers wrote in their paper.

It wasn’t exactly the same. But a machine learning model trained on preterm EEG signatures was able to identify many features in common with a normal developmental timeline. Past 28 weeks, the organoids seemed to be on a similar developmental trajectory as a preterm baby of the same age.
The brain organoids are not quite like the parts of actual human brains – not only are they scaled down and simplified, the also don’t have other brain regions to connect to. They were also engineered to be deficient in a protein that’s essential for the normal function of neurons.

But they could represent a step towards a better understanding of brain development, since the brains of premature babies aren’t exactly easy to come by, and adult brains are notoriously complicated.
“While we do not claim functional equivalence between the organoids and a full neonatal cortex,” the researchers wrote, “the current results represent the first step towards an in vitro model that captures some of the complex spatiotemporal oscillatory dynamics of the human brain.”

The researchers are going to continue to try to develop the brainlets further to see if they continue to mature. But others are genuinely concerned at the proximity of developing consciousness in a tub of culture in a lab. So far, none of the brains shows any signs of consciousness, but as the experiment continues, it could be a possibility.
“The closer they get to the preterm infant, the more they should worry,” neuroscientist Christof Koch of the Allen Institute for Brain Science in Seattle told Nature.

Given the careful engineering of the organoids to inhibit normal function, the researchers are not worried at this stage. However, if any start to show signs of consciousness, they will consider shutting the project down.
The research was presented at the Society for Neuroscience annual meeting in November 2018 and has been published on preprint resource bioRxiv.

Also Read:- The kilogram Is Being Redefined