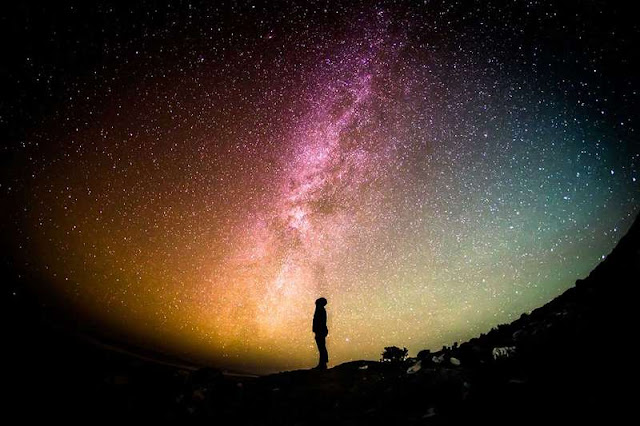 The universe is everything from the tiniest particles to the largest galaxies to the very existence of space-time and life. But how did it all begin? The origin of the universe is the origin of everything. Multiple scientific theories plus creation myths from around the world have tried to explain its mysterious Genesis. However, the most widely accepted explanation is the Big Bang Theory.
The Big Bang Theory states that the universe began as a hot and infinitely dense point only a few millimeters wide, it was similar to a supercharged black hole. About 13.7 billion years ago this tiny singularity violently exploded and it is from this explosion this bang that all matter energy space and time were created. What happened next were two major stages of the universe’s evolution called the radiation and matter eras. They are defined by key events that help shape the universe.
First came the radiation era named for the dominance of radiation right after the Big Bang. This era is made of smaller stages called epochs that occurred within the universe’s first tens of thousands of years. The earliest is the Planck epoch no matter existed in the universe at this time only energy and the ancestor to the four forces of nature the super force. At the end of this stage, however, a key event occurred in which gravity split away from the super force.
Next came the grand unification epoch named for the three remaining unified forces of nature. This epoch ended when one of those forces called strong or strong nuclear force broke away. Then the inflationary epoch began during which the universe rapidly expanded, almost instantly it grew from the size of an atom to the size of a grapefruit. The universe of this time was piping hot and it churned with electrons quarks and other particles.
Then came the electroweak epoch when the last two forces electromagnetic and weak finally split off. During the next stage the quark epoch all of the universe’s ingredients were present however the universe was still too hot and dense for subatomic particles to form. Then in the Hadron epoch the universe cooled down enough for quarks to bind together and form protons and neutrons. In the lepton and nuclear epochs, the radiation era’s last two stages, the protons and neutrons underwent a significant change they fused and created nuclei and in doing so they created the first chemical element in the universe helium.
The universe’s new ability to form elements the building blocks of matter cued the matter era. Much as the name suggests the matter eras defined by the presence and predominance of matter in the universe, it features three epochs that span billions of years the vast majority of the universe’s lifespan and includes the present-day.
The first was the atomic epoch in this stage the universe’s temperature cooled down enough for electrons to attach to nuclei for the first time called recombination. This process helped create the universe’s second element hydrogen. This hydrogen along with helium atoms dotted the universe with atomic clouds. Within the clouds small pockets of gas may have had enough gravity to cause atoms to collect, these clusters of atoms formed during the Galactic epoch became the seedlings of galaxies.
Nestled inside those galaxies stars began to form and in doing so they cued the latest and current stage of the universe’s development the stellar epoch. The formation of stars then caused a tremendous ripple effect and helped shape the universe as we know it. Heat within the stars caused the conversion of helium and hydrogen and to almost all the remaining elements in the universe. In turn those elements became the building blocks for planets, moons , life and everything we see today.
This ecosystem of everything was only possible because of the many stages in the universe’s development. While countless questions about the origins of our universe remain, It is only a matter of time for some long sought answers to emerge.
Also Read:- The Seventh Planet From The Sun: Uranus