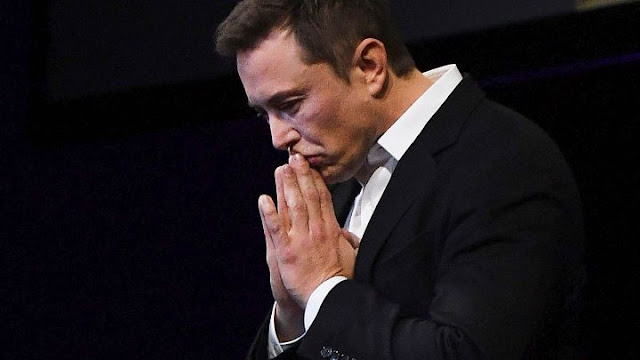 It was a historic moment when Elon Musk the billionaire founder of SpaceX and Tesla set to launch the biggest rocket in the world at the Kennedy Space Center in Cape Canaveral, Florida on 6th of February 2018.
This is a point in history that we don’t come too often. We’re in this amazing transition point that we have not been in since the moon landings. With companies like SpaceX, we have alignment of so many capabilities and opportunities and changes happening that are all pushing in one direction which is towards Mars.
“We had plans to land the first humans on Mars in 1981 and have a permanent base on Mars by the late 1980s. If anybody had told me when I was 17 years old watching that moon landing that I would be 64 and we wouldn’t be on Mars I would have thought they were crazy.” words of a former Nasa Executive
Apollo was you know nearly 50 years ago, that’s insane. We went to the moon with 1960s technology and haven’t gone back since. The question is Why did we not keep going to Mars? The answer is it’s really expensive. It’s such a massive human undertaking, We need commercial space companies that I think are going to help bring the cost of space down to open the frontier irreversibly for everybody.
We need to go to Mars Because it protects us from extinction. There are all sorts of things that could happen on earth that kill all humans on the planet. But once humans are on two different planets the odds of extinction dropped to nearly zero.
This window of opportunity is open for life to go beyond Earth. But who knows how long that window will be open. This kind of thing can barely be done by extremely advanced governments and here comes a guy with 350 million bucks who says I’m gonna start a rocket company and I’m gonna get us to Mars. SpaceX Falcon Heavy go for launch.
Humans can’t survive on earth indefinitely. So Think of everything that we’ve achieved as a civilization Think of everything that we have achieved as a culture. We will go extinct if we do not become a spacefaring species. Survival for Humanity, in the long run, depends on This.
“Launchpad 39a is a hallowed ground. It’s the place where the first humans left Earth then went to another heavenly body. It’s the greatest launch site on earth. Launchpad 39a was used for the Apollo 11 mission and then for the Space Shuttle. So it’s a place with incredible historical significance.” words of Elon Musk. Now NASA has given launch pad 39a to SpaceX to use.
From the first explorers who ventured off our planet to those who have risked their lives in pursuit to furthering our understanding of the universe, The Astronauts and Engineers behind the Space Program have spent decades advancing space technology. But building rockets was expensive. By the early 2000s, The Space program was struggling and a mission to Mars was hard to imagine. Space Shuttle spreads its wings one final time for the start of a Sentimental Journey into history it was then that a young entrepreneur had a revolutionary idea.
That idea is now the SpaceX. They are simply trying to achieve a huge advancement in rocket technology. If we look at rocket technology it actually got worse over time. In 1969, We were able to go to the moon and then with the Space Shuttle We were only able to go to low-earth orbit and When Space Shuttle went away We weren’t able to go to orbit from the United States. That’s a negative trend line it’s not like you can extrapolate that trend line into the future. As Elon said, “If it’s not gonna come from the government then it’s got to come from a private company.” 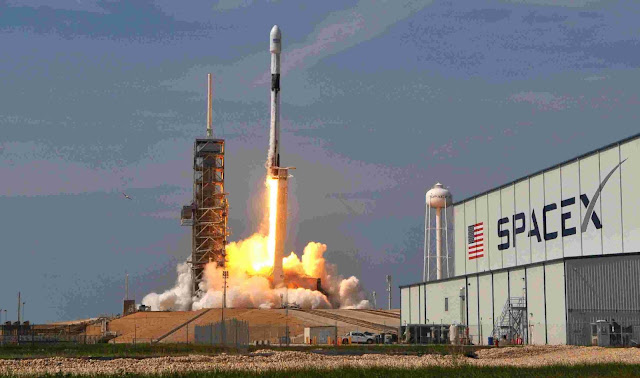 The Falcon Heavy is the most powerful operational rocket in the world. In addition to the centre core, it’s powered by two Falcon 9 rocket boosters that of each flown and landed once before. They will now be reused to launch Falcon Heavy. Elon said, “Falcon Heavy, it’s really a revolution in space technology. The long-term goal of SpaceX is to develop the technology necessary to establish the self-sustaining city on Mars.
In an interview, Ricky Lim, Senior Director of Lunch Operations at SpaceX., Said, “One of the most exciting parts of working at SpaceX is missions like Falcon Heavy. These bold missions these bold visions for just doing things better but also doing things on a much grander scale.”
Saturn 5 the rocket that took us to the moon was an overkill. Wernher von Braun who built the Saturn 5, overbuilt entirely the rocket to go to the moon. Saturn 5 is the largest longest and heaviest machine ever built by humans. It’s absolute overkill for going to the moon and the reason is von Braun didn’t want to go to the moon he wanted to go to Mars. von Braun just like Elon Musk was intensely aware that humans, in order to survive, have to become a spacefaring species.
Spirit, Opportunity, Curiosity all of these Rovers have started to unveil and showed us that there is water that the Martian soil has the nutrients. Mars is the closest planetary object that has all the conditions and resources needed to support life and therefore technological civilization. We just have to get there. Falcon heavy is the culmination of years of innovation in rocket technology. Taking the company one step closer to Mars.
It’s gonna be exceptionally difficult to go to Mars. You are talking about new technologies and virtually every possible system and this is where science and science fiction sort of colliding in a way that is helpful. You learn a lot more but it also reminds you of just how much there is at stake here.
There is no such thing as a perfect record in rocketry. On average 20% of all attempts to get off the face of the earth with a rocket failed. There’s a strange relationship between failure risk and innovation which is you can take risks you can try something very innovative but you are more likely to fail. This is why different types of rocket companies and NASA itself tend to go with older technologies. In early days People tried to talk Elon out of doing SpaceX, They told him about Dead Astronauts and about other things. The odds are against him, but despite all, he has shown the world it’s doable.
Falcon Heavy has been seven years in the making, but it all started with SpaceX’s first model Falcon one. This was their first attempt to create a reliable low-cost rocket made up of two stages and designed to reach low-earth orbit.  Rockets they really don’t want to work They like to blow up. It took 3 attempts for SpaceX to finally complete there first step toward Mars A Successful Lunch of a Rocket.
When Elon Musk decided that he is gonna to build a Rocket Company of his own everyone thought he was crazy. Everyone laughed at him no one has ever really contemplated this in a serious way. In the beginning, it was also a crazy idea for Elon Musk and also for his Team, But they took it seriously. They think that reaching Mars or putting a colony on Mars is just like any other Engineering Problem. Their idea is to find a solution to the problem and achieve the Human’s dream.
SpaceX is like no other rocket company there in an unglamorous building in the middle of nowhere in kind of an industrial zone. But when you walk into the doors and all of a sudden you see they are making these pristine gorgeous rockets. It feels like you have walked into a factory on another planet.
After Falcon one SpaceX set its sights on the next phase in their rocket evolution the Falcon 9. The design called for a booster which contained nine Merlin engines and increased the amount it could lift by more than 30 times, but the key component of the Falcon 9 design was reusability. Elon Musk has said that the key to Mars is the reusability of rockets. That is an extremely complicated concept. He wants to be able to fire a rocket into orbit launch a payload into space and then fire retrorockets and bring that rocket down to land vertically and reuse it. If he cannot make Rockets truly reusable then he cannot launch a new civilization on Mars. So SpaceX has an incredible camera focused on it an incredible amount of attention because it’s the only company in the world that is actually trying to do what it’s trying to do which is develop the technology to get humans to Mars.
With the success of the SES 10 mission, SpaceX had all the ingredients to assemble the most powerful launch vehicle since Saturn 5 the Falcon Heavy. Heavy has the ability to lift more than the weight of a 737 jet loaded with passengers crew luggage and fuel. With reusable boosters and an increased payload capacity, it’s able to transport the incredible amount of supplies needed to build a human civilization on Mars.
Heavy lift capability is the critical technology needed to enable Human missions to Mars and a reusable heavy lift vehicle is the critical technology needed to settle Mars. Heavy is an even better rock tip than Falcon 9 because it can deliver more payload and you know like sending stuff to Mars. Heaviest really the vehicle you need for that. Getting to Mars will be risky dangerous uncomfortable but it’ll be the greatest adventure ever in human history. 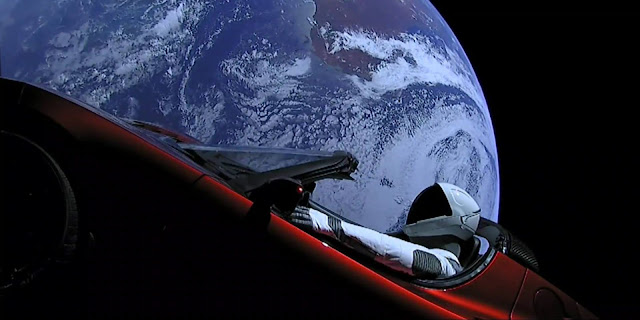 “It’s one of those things that’s a reason to live. Life cannot just be about solving one miserable problem after another there have to be reasons that like you wake up in the morning you look forward to being alive. You are excited about the future that’s I think what Mars represents to me. It’s seeing what the universe is all about” Elon said.
Also Read:-We Have Just Invented The World’s Fastest Camera