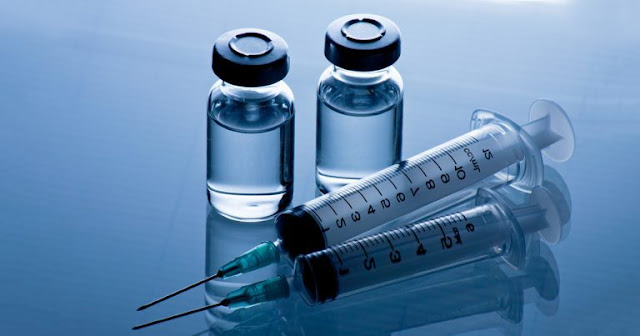 A live vaccine genetically engineered from a common measles vaccine promises to be effective against the chikungunya virus. Such is the central finding of a recently completed Phase II trial now published in the prestigious journal The Lancet.
Two MedUni Vienna departments were also involved in the study: the Institute of Specific Prophylaxis and Tropical Medicine headed up by Ursula Wiedermann-Schmidt and the Department of Clinical Pharmacology with the working group led by Christa Firbas, plus a research group from Med Uni Graz (Eckehard Beubler). The study was led by the University of Rostock together with Viennese biotech firm Themis Bioscience GmbH.
Just two injections are enough to provide immunity, regardless of whether these are given at an interval of one or six months – in both cases, the new vaccine, based on a modified measles virus, proved to be effective and safe. The vaccine is injected into the muscle and triggers the production of antibodies in the lymphatic system. If the person is infected with the chikungunya virus, these antibodies are ready to neutralise the virus so that the disease does not take hold.
“The results of the Phase II trial with 263 volunteers are really very promising in terms of immunogenicity, safety and tolerability of the vaccine,” says Wiedermann-Schmidt. The vaccine is a live vaccine based on the measles virus vaccinal strain, which has been genetically modified to express the surface proteins of chikungunya. Neutralising antibodies are formed after a single vaccination. An additional bonus of this vaccine is that pre-existing immunity to measles does not compromise the efficacy of the vaccine; on the contrary, it increases/boosts the protective substances/antibodies against measles.
The results of the Phase II trial now has to be evaluated in a Phase III trial. According to Wiedermann, if they are confirmed, the first effective vaccine could come onto the market in just a few year’s time. Currently, there is no specific treatment capable of halting the chikungunya virus and the associated high fever with severe muscle, limb and joint pain, which can even prove fatal under certain circumstances. At present we can only try to relieve the symptoms of the disease.
The chikungunya virus started out in Southeast Asia, particularly in Indonesia, India, Sri Lanka and Thailand, and then spread throughout Africa and the Caribbean islands to reach Central and South America, the southern states of the USA, Florida and Puerto Rico. So far, chikungunya fever has only really been diagnosed in Europe as an imported (travel) disease in returning tourists. The only exception is the regionally isolated outbreak of chikungunya fever in the Italian province of Ravenna, with more than 300 cases in 2007. And in the south of France, they were a few autochthonous (i.e. regionally isolated) cases in 2010 and 2014.
The virus is transmitted by diurnally active mosquitoes, especially so-called tiger mosquitoes. “It is realistic to assume that it will spread further into Central Europe. These mosquitoes are being displaced ever further as a result of tourism and the transport of goods,” says Wiedermann-Schmidt. “Our Institute is not only involved in research relating to the development of new vaccines but is also on the front line for their future use in our special outpatient clinic for vaccinations and travel medicine.”
Source: The Lancet
Also Read:-  Sustained Release Of Decorin To The Surface Of The Eye Enables Scarless Corneal Regeneration