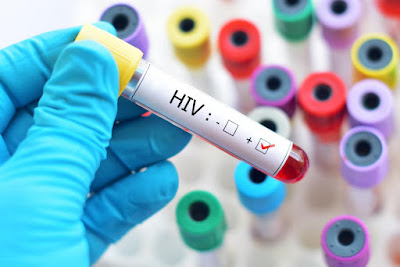 New virus detectives test scan whole-body in search of HIV’s hiding places, Because to prevent the virus from rebounding after drug therapy, researchers must first map where it lurks in the body.

Antiretroviral drugs have transformed HIV infection from a death sentence to a chronic condition for many people who carry the virus. But because HIV never truly leaves the body, the virus rebounds rapidly if patients stop taking the drugs for even a short time.

So, now scientists are trying to find where HIV hides in our body and how. During many blood test person’s viral loads are undetectable. The location of this reservoir has long been a mystery, but soon this Hide and Seek game is going to end. New techniques are giving researchers an unprecedented look at how HIV travels through the bodies of people and animals turning up clues to the virus’s hiding places and new targets for future therapies.

Problem with HIV is that it integrates into the DNA of its host cells. That’s why scientists argue that a true cure would require removing all traces of the virus’s DNA from the body. Getting rid of all the HIV DNA is not completely realistic.  So best we can do is either permanently silence or contain HIV after infection.

Antiretroviral drug cocktails aka ART suppress the virus in immune cells in the blood. But HIV can stash itself within immune cells in dozens of types of tissue. Sara Gianella, an infectious-disease researcher at the University of California, San Diego is currently working on finding how HIV does it.  The research team examine bodies donated by people with HIV who enrol when they are within six months of death from unrelated conditions. All participants are on ART when they sign up for the study, but some are asked to stop taking the drugs. Gianella’s team collects blood samples while donors are alive, and about 50 different types of tissue after death. The samples from people who stopped ART show where HIV has rebounded, while samples from people who continued the drugs can provide information about the virus’s reservoir.

The researchers did not detect HIV in the blood of their first donor, who continued taking antiretroviral drugs until his death. But they did find the viable virus in nearly all of the 26 tissues they examined after the man died.

Research has shown that HIV tends to linger in the brain and cause neurological problems because most antiretroviral drugs can’t cross the blood-brain barrier. Janice Clements, a pathobiologist at Johns Hopkins University in Baltimore, Maryland presented the first evidence that simian immunodeficiency virus (SIV), which is closely related to HIV, survives in the spinal cord of macaques taking antiretroviral drugs and spreads quickly after the animals stop the drugs.

Nicolas Chomont, a virologist at the University of Montreal in Canada, says that HIV’s behaviour in tissues known to be part of the reservoir is complex, with virus levels going up and down. “People will tell you the reservoir is everywhere, and that might be true,” he says. “Even if it’s true, we need to understand if the virus in the brain and the big toe are the same.”

Tracking these patterns over time might require researchers to detect traces of HIV in the reservoirs of living people. Thomas Hope (a cell biologist at Northwestern University in Evanston, Illinois) presented a new imaging technique in macaques infected with SIV. The researchers inject the animals with antibodies that bind to the virus, which makes it visible in positron-emission tomography (PET) scans of the monkeys’ bodies.

The approach has revealed that SIV spreads through mucosal cells in the animals’ guts and lymph nodes within hours of infection. Thomas Hope has begun to treat infected macaques with ART to determine where and how quickly the drugs lower their levels of SIV. After six months of treatment, the researchers plan to stop the treatment and scan the monkeys to see where the virus has rebounded.

Later this year, another team will begin one of the first PET imaging studies of people with and without HIV in their blood, using a different antibody. Timothy Henrich, an infectious disease researcher at the University of California, San Francisco, who is directing the study, says that his group hopes to measure what happens when people on ART stop taking the drugs and the virus rebounds.

For now, more research is indeed needed. We are nowhere near finding a cure for HIV, But we are one step closer to understanding HIV which will eventually lead us to the cure. So finger crossed for now.