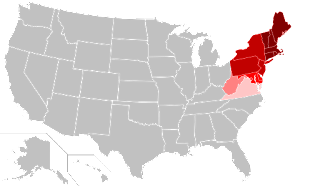 Long-term assessment of likely regional and local climate impacts is critical to enabling municipalities, businesses, and regional economies to prepare for potentially damaging and costly effects of climate change—from prolonged droughts to more frequent and intense extreme events such as major storms and heatwaves.
Unfortunately, the tools most commonly used to project future climate impacts, Earth-system models (ESMs), are not up to the task. ESMs are too computationally time consuming and too expensive to run at sufficient resolution to provide the detail needed at the local and regional level.
To that end, a new MIT-led study in the journal Earth and Space Science uses a regional climate model of the northeastern United States to downscale the middle and end-of-century climate projections of an ESM under a high-impact emissions scenario to a horizontal resolution of 3 kilometers. Through downscaling, output from the ESM was used to drive the regional model at a higher spatial resolution, enabling it to simulate local conditions in greater detail. The resulting high-resolution climate projections consist of more than 200 climate variables at an hourly frequency.
Among other things, the study projects that between now and the end of the century, the region will experience significantly more days per year in which mean and maximum temperatures exceed 86 degrees Fahrenheit, and fewer days per year in which the minimum temperature falls below freezing. Over that period in Boston, the annual number of days the mean temperature exceeds 86 F increases from three to 22, and the number of days the daily maximum temperature exceeds 86 F increases from 49 to 78.
“Our approach allows for analysis of changes in temperature, precipitation, and other climate variables within a single 24-hour period,” says Muge Komurcu, the lead author of the study and a research scientist with the MIT Joint Program on the Science and Policy of Global Change and Department of Earth, Atmospheric and Planetary Sciences (EAPS). “The aim of these projections is to support further assessments of climate change impacts and sustainability studies in the region.”
Downscaling of climate projections provides climate variables at the resolution needed to assess climate change impacts at regional and local scales. As a result, the variables produced in the study may be used as input to other models and analyses to assess the likely future impact of climate change on extreme precipitation and heat wave events, regional ecosystems, agriculture, the spread of infectious diseases (e.g. Lyme disease), hydrology, the economy, and other concerns.
To produce the study’s climate variables, the researchers used a high-resolution regional climate model, the Weather Research and Forecasting (WRF) model, to downscale middle and end-of-century climate projections of the Community Earth System Model (CESM) under a high greenhouse gas emissions scenario to a horizontal resolution of 3 kilometers for the northeastern U.S.
To ensure that their method is reliable, Komurcu and her co-authors—MIT EAPS professor of atmospheric science Kerry Emanuel and Purdue University Professor Matthew Huber and Ph.D. student Rene Paul Acosta—simulated the process using historical climate observations. They showed that their technique reproduced observed historical mean and extreme climate events over a 10-year period.
The study’s 200-plus, 3-kilometer-resolution climate variables cover 55 years, encompassing middle and end-of-century time periods.
“To our knowledge, this is the first and only study that has downscaled global model projections to such a high resolution for a long time period for this region,” says Komurcu.
To assist regional assessments of climate change impacts and sustainability studies in the northeastern U.S., the researchers plan to make all model input and output files from this study publicly available through the University of New Hampshire’s Data Distribution Center.
Source: Earth and Space Science
Also Read:-Biocompatible Soft Fluidic Strain and Force Sensors For Wearable Devices