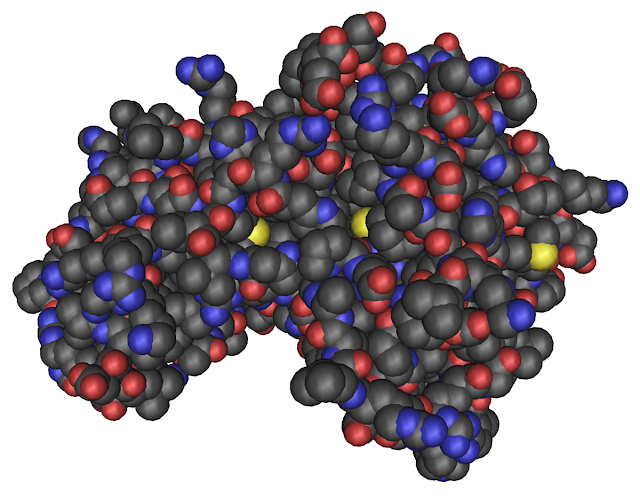 The metabolic protein AMPK has been described as a kind of magic bullet for health. Studies in animal models have shown that compounds that activate the protein have health-promoting effects to reverse diabetes, improve cardiovascular health, treat mitochondrial disease—even extend life span. However, how much of the effects of these compounds can be fully attributed to AMPK versus other potential targets is unknown.
Now, Salk researchers have developed a new system that lets them study in more detail than ever exactly how, where and when AMPK carries out its molecular and therapeutic functions. In the paper, published in the journal Cell Reports, the Salk team uses the new model to activate AMPK in the livers of adult mice with fatty liver disease.
“This model will allow us to answer questions that scientists could not answer before,” says Salk Professor and Salk Cancer Center Director Reuben Shaw, who led the new work. “It really gives us a new way to define the health benefits of this specific enzyme in a wide variety of diseases.”
AMP-activated protein kinase, or AMPK, is known as a master regulator of metabolism. Cells activate AMPK when they are running low on energy, and AMPK is activated in tissues throughout the body following exercise or during calorie restriction. In response, AMPK alters the activity of many other genes and proteins, helping keep cells alive and functioning even when they’re running low on fuel. In different tissues throughout the body and at different time points in development, AMPK likely has varying effects. Until now, the only way to study the specific impact of genetically increasing AMPK activity was to change its activity in an organism for its entire life, starting at embryogenesis.
“When AMPK is overactivated from the very beginning of embryogenesis, we don’t know what effects it’s having on normal development,” says Daniel Garcia, a senior research associate at Salk and first author of the new paper. So Garcia, Shaw and their colleagues enabled a mouse to have a special version of AMPK that lets the researchers activate the gene by feeding the adult mouse an antibiotic.
“The model we’ve developed is much more similar to what you would see in a clinic if you target AMPK with drugs,” says Garcia. Moreover, by double-engineering the inducible AMPK gene in the mice, the researchers can also control where in the body this AMPK activation happens—everywhere, or just in a select tissue or tissues.
To test the utility of the new model, the researchers developed mice that could have AMPK activated in the liver. Then, they fed a subset of these mice high-fat diets leading to diet-induced obesity and an excess accumulation of fats in the liver. This condition is equivalent to nonalcoholic fatty liver disease (NAFLD) in humans, the leading form of chronic liver disease in American adults.
In both mice with and without NAFLD, levels of fats in the liver dropped when AMPK was activated—new fat production was slowed and existing fats were metabolized. Moreover, when AMPK was activated in mice that were fed a high-fat diet, the mice were protected against weight gain and obesity and had fewer signs of liver inflammation.
“This paper confirms that AMPK is a good target for treating NAFLD,” says Garcia. “It’s further confirmation that AMPK activators should be tested clinically.” In addition to the effects on liver fat, AMPK activation—even though it was limited to the liver—also lowered levels of fats elsewhere in the body, suggesting that hormones released by the liver into the rest of the body were affected.
“These results indicate that AMPK could potentially be a powerful treatment to a host of diseases in humans,” says Shaw, who holds the William R. Brody Chair. The researchers next plan to study AMPK activation in a plethora of other tissues, including muscles, where scientists have hypothesized AMPK could have a dramatic effect.
“There are broader questions beyond NAFLD to ask about whether genetic activation of AMPK in muscle mimics exercise and whether activation of AMPK later in an organism’s life can promote life span,” says Shaw.
Source:- Cell Reports
Also Read:-  Medically Assisted Reproduction And Birth Outcomes: A Within-Family Analysis Using Finnish Population Registers