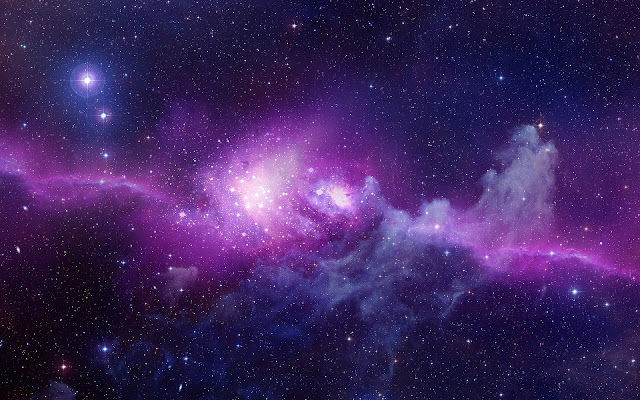 Everything around you – your desk, your laptop, your coffee cup – in fact, even you – is made of stardust, the stuff forged in the fiery furnaces of stars that died before our Sun was born. Probing the space surrounding a mysterious stellar corpse, scientists at the University of Arizona have made a discovery that could help solve a long-standing mystery: Where does Stardust come from?
When stars die, they seed the cosmos around them with the elements that go on to coalesce into new stars, planets, asteroids and comets. Most everything that makes up Earth, even life itself, consists of elements made by previous stars, including silicon, carbon, nitrogen and oxygen. But this is not the whole story. Meteorites commonly contain traces of a type of stardust that, until now, was believed to form only in exceptionally violent, explosive events of stellar death known as novae or supernovae – too rare to account for the abundance preserved in meteorites.
Researchers at the UA used radio telescopes in Arizona and Spain to observe gas clouds in the young planetary nebula K4-47, an enigmatic object approximately 15,000 light-years from Earth. Classified as a nebula, K4-47 is a stellar remnant, which astronomers believe was created when a star not unlike our sun shed some of its material in a shell of outflowing gas before ending its life as a white dwarf.
To their surprise, the researchers found that some of the elements that make up the nebula – carbon, nitrogen and oxygen – are highly enriched with certain variants that match the abundances seen in some meteorite particles but are otherwise rare in our solar system: so-called heavy isotopes of carbon, nitrogen and oxygen, or 13C, 15N and 17O, respectively. These isotopes differ from their more common forms by containing an extra neutron inside their nucleus.
Fusing an additional neutron onto an atomic nucleus requires extreme temperatures in excess of 200 million degrees Fahrenheit, leading scientists to conclude those isotopes could only be formed in novae – violent outbursts of energy in ageing binary star systems – and supernovae, in which a star blows itself apart in one cataclysmic explosion.
“The models invoking only novae and supernovae could never account for the amounts of 15N and 17O we observe in meteorite samples,” said Lucy Ziurys, senior author of the paper, which is published in the Dec. 20 issue of the journal Nature. “The fact that we’re finding these isotopes in K4-47 tells us that we don’t need strange exotic stars to explain their origin. It turns out your average garden variety stars are capable of producing them as well.”
In lieu of cataclysmic explosive events forging heavy isotopes, the team suggests they could be produced when an average-size star such as our sun becomes unstable toward the end of its life and undergoes a so-called helium flash, in which super-hot helium from the star’s core punches through the overlaying hydrogen envelope.
“This process, during which the material has to be spewed out and cooled quickly, produces 13C, 15N and 17O,” explained Ziurys, a professor with dual appointments in the UA’s Steward Observatory and Department of Chemistry and Biochemistry. “A helium flash doesn’t rip the star apart like a supernova does. It’s more like a stellar eruption.”
The findings have implications for the identification of stardust and the understanding of how common stars create elements such as oxygen, nitrogen and carbon, the authors said.
The discovery was made possible through a collaboration between disciplines that traditionally have remained relatively separate: astronomy and cosmochemistry. The team used radio telescopes at the Arizona Radio Observatory and Institut de Radioastronomie Millimetrique (IRAM) to observe rotational spectra emitted by the molecules in the K4-47 nebula, which reveal clues about their mass distribution and their identity.
“When Lucy and I started collaborating on this project, we realized that we could reconcile what we found in meteorites and what we observe in space,” said co-author Tom Zega, associate professor of cosmochemistry, planetary materials and astrobiology in the UA’s Lunar and Planetary Laboratory.
The researchers are eagerly awaiting the discoveries that lie ahead for NASA’s OSIRIS-REx asteroid sample return mission, which is led by the UA. Just two weeks ago, the spacecraft arrived at its target asteroid, Bennu, from which it will collect a sample of pristine material in 2020. One of the mission’s major goals is to understand the evolution of Bennu and the origins of the solar system.
“You can think of the grains we find in meteorites as stellar ashes, left behind by stars that had long died when our solar system formed,” Zega said. “We expect to find those pre-solar grains on Bennu – they are part of the puzzle of the history of this asteroid, and this research will help define where the material on Bennu came from.”
“We can now trace where those ashes came from,” Ziurys added. “It’s like an archaeology of stardust.” “The study of explosive helium burning inside stars will start a new chapter in the story of the origin of the chemical elements,” said Neville “Nick” Woolf, Professor Emeritus at Steward Observatory and the fourth co-author.
Source: Nature
Also Read:- Anomalous Metamagnetism In The Low Carrier Density Kondo Lattice YbRh3Si7