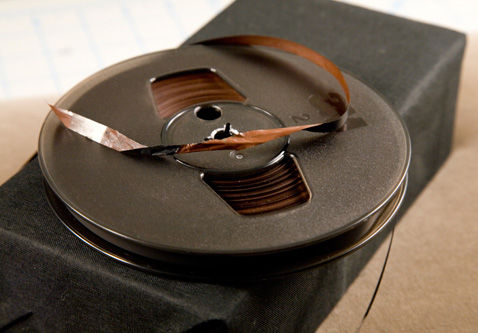 Magnetic recording is the primary technology underpinning today’s large-scale data storage. Now, companies are racing to develop new hard disk devices (HDDs) capable of recording densities greater than 1 terabit per square inch.
Perpendicular recording HDDs store data as tiny areas of “up” or “down” magnetization within a thin layer on the surfaces of the disks. Each tiny area represents one bit of information, and increasing the areal density of recordings requires a reduction in bit size.
The catch is that the current magnetic recording media that rely on perpendicular cobalt-chromium-platinum (CoCrPt) oxide granular films are reaching their physical limit—a density of approximately 750 gigabits per square inch—because thermal fluctuations prevent shrinking the grain size below 6 to 7 nanometers. In AIP Advances, a group of researchers in India report their work tweaking the L10 phase, or crystallographic orientation, of an iron and platinum (FePt) alloy as a solution.
The L10 phase of the FePt alloy boasts high magnetocrystalline anisotropy, which means that it remains thermally stable even at grain sizes as small as 3 nanometers. But the material’s downside is that it requires a high annealing temperature (500 degrees to 600 degrees Celsius) to transform the deposited disordered phase into an ordered tetragonal L10 phase, raising the cost of manufacturing.
“The material’s need for such a high annealing temperature renders it incompatible with industrial processes, as well as causes significant grain growth and an increase in bit size—none of which is desirable,” said Ajay Gupta, director of the Center for Spintronic Materials at Amity University in India.
This has resulted in a method developed by the authors which leads to a significant enhancement of the L10 transformation rate in FePt systems by lowering the ordering temperature below 300 degrees C. “This is a major step toward realizing L10 FePt as a material for high-density perpendicular recording,” Gupta said.
L10 FePt as a perpendicular recording media may one day be able to increase the magnetic recording density in HDDs beyond 1 terabit per square inch. “Our work overcomes one of the main challenges by reducing the ordering temperature,” said Gupta. “But there are still other crucial requirements—such as achieving the desired grain orientation—that must be met before it will become viable to use L10 FePt.”
The group is now pursuing a better understanding of the atomic-level mechanism for the enhancement of the L10 transformation rate in FePt, and trying to optimize the layer composition and thicknesses of the multilayer structure to achieve peak enhancement. “We’re working on the desired grain orientation for producing perpendicularly magnetized media by selecting the proper underlayer of material over which FePt will be deposited,” Gupta said.
Source: AIP Advances
Also Read:-Intracluster Light: A Luminous Tracer For Dark Matter In Clusters Of Galaxies