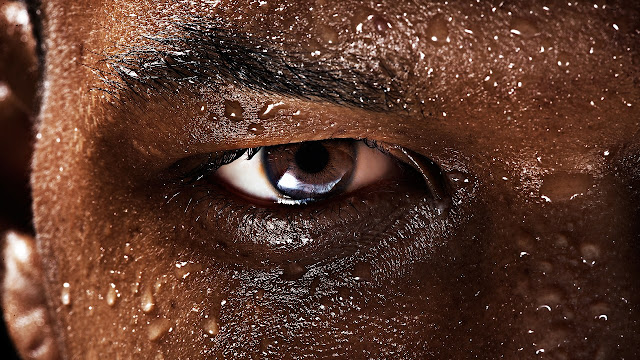 If you have spent any amount of time on the Internet, you have probably read some weird stuff. Like, at some point, you have probably heard someone claim that there are toxins trapped in your body and that you need to do something to help release them. To accomplish this, some people favour juice cleanses. Others like to sweat in a sauna, hoping to push toxins out through their pores. But if either of those is your favourite method, we have some bad news.

Juice cleanses don’t actually detox anything. And sweating, as it turns out, doesn’t contribute much to the cause either. But fortunately, we have built-in organs that can deal with toxic substances. Strictly speaking, toxins are poisons made by living things. But usually, people use the word as a vague catch-all for things that are bad for your body, regardless of where they come from.

Admittedly, the human body does have to deal with a lot of them. From medications and alcohol to the occasional pesticide, you have to process a lot. And no matter what you do, you can’t avoid this, because your body also makes plenty of its own waste.

Just look at the byproducts of metabolism, which your body makes all day, every day, to stay alive. They include ammonia and urea, which come from breaking down proteins; bilirubin, which comes from the two million or so red blood cells you recycle every second and carbon dioxide, which you exhale.

At normal concentrations, these things aren’t harmful, but if they build up, they can cause issues. So there is that bit of truth in the whole “your body has to get rid of toxins” thing. Still, your body doesn’t rely on sweat to take care of that.

When it comes to getting rid of toxic substances, the big guns are the liver and kidneys And they do a thorough job of it. Like, the liver is a detox powerhouse. It chemically modifies toxic metabolic waste products, like ammonia and helps convert them into things that are less toxic, like urea.

It also has powerful and versatile enzymes that turn drugs and other molecules into less harmful things. And for many other kinds of waste, like bilirubin from red blood cells, the liver dumps things into a fluid called bile that we poop out. Bilirubin is what makes poop brown, by the way.

Other waste from the liver goes into the bloodstream, and eventually, to the kidneys. And the kidneys are equally impressive. They are built-in blood filters. They keep most of the useful stuff your body takes in, like nutrients, and dump the rest into the urine.

The kidneys filter out metabolic waste like urea, broken-down molecules from the liver, small amounts of things like hormones and drugs and trace amounts of an array of toxic substances. They also maintain healthy levels of minerals, water and electrolytes in the blood. Because too much of anything can kill you. So really, the liver and kidneys have your body’s supposed “toxin” situation under control.

The idea that sweat is important for filtering things out might have come from the fact that sweat glands are actually pretty similar to kidneys when it comes to their microscopic structure and abilities. This means that sweat and pee do have a lot of the same things in them, though pee is significantly more concentrated.

Most of what’s dissolved in sweat are salts, minerals, and metabolic waste products, plus trace amounts of things like heavy metals, drugs, BPA, and pesticides. And when I say “trace amounts,” I mean the amounts of toxic substances in sweat are so small that the health benefits of getting rid of them are negligible.

So while sweat might get stinky sometimes, it’s not because it’s doing hero’s work. The main reason we sweat is to cool down and, for some reason, when we are nervous. There are some conditions that cause the skin to take over part of the kidney’s function, and where you will start to sweat out more of the stuff that normally comes out in pee. But those conditions include kidney failure and cholera. So if your skin is doing the kidney’s job, you probably have bigger problems to worry about.

Under more typical circumstances, sweating doesn’t rid the body of toxic substances any better than the liver and kidneys do on their own. And whether that person trying to sell you a sweat-based detox therapy realizes it or not, they are pushing fear to make money.

Saunas, hot yoga and some other things that make you sweat may have health benefits, but not because they expel extra toxins. If you have a healthy liver and kidneys, your body is doing just fine all by itself.

Whether these organs are healthy, though, is a different story, and unfortunately, your personal health isn’t something we can help you with around here! That’s the whole point of visiting your doctor for a check-up.