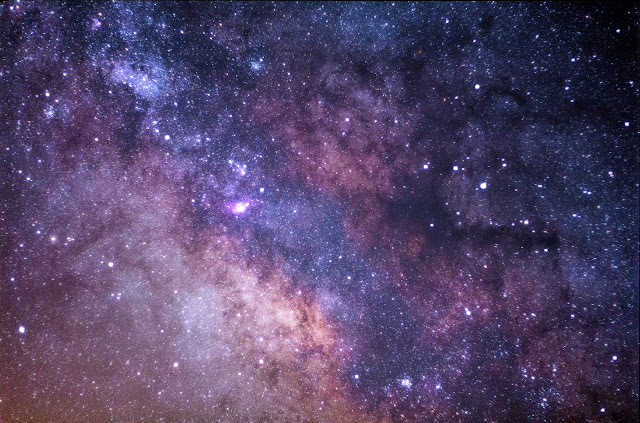 Using MAGIC telescopes and NASA’s Fermi spacecraft, an international team of astronomers has discovered a new source of very high energy gamma-ray emission around the supernova remnant (SNR) G24.7+0.6. The detection of the new source, designated MAGIC J1835–069, is detailed in a paper published December 12 on the arXiv pre-print server.
Supernova remnants are basically leftovers of massive stars that ended their lives in huge explosions called supernovae. Astronomers generally distinguish three types of SNRs, one of which is the composite SNR—these having rapidly expanding shells from the supernova blast wave accompanied by wind nebulae powered by young pulsars formed in the explosions.
Observations show that composite SNRs are known to accelerate particles to very high energies (VHE), up to hundreds of TeV or beyond, in their expanding shocks or the relativistic wind surrounding the energetic pulsar. Therefore, such objects are excellent targets for observations focused on finding new sources of VHE emission.
Located about 16,300 light years away, SNR G24.7+0.6 is an example of a middle-aged (around 9,500 years old) radio and gamma-ray composite SNR. A group of astronomers have carried out a study of this remnant using the MAGIC (Major Atmospheric Gamma Imaging Cherenkov Telescopes) system at the Roque de los Muchachos Observatory in the Canary Islands and the Large Area Telescope (LAT) onboard NASA’s Fermi Gamma-ray Space Telescope.
Data provided by these telescopes allowed the team to identify a VHE emission from an extended source located 0.34 degrees away from the centre of G24.7+0.6, which received designation MAGIC J1835–069.
“In this paper, we study the interesting region centred around SNR G24.7+0.6 with Fermi-LAT in the energy range between 60 MeV and 500 GeV. We also explore with the MAGIC telescopes the region around it to investigate the spectral behaviour above 150 GeV in order to constrain the emission region observed by Fermi-LAT around the SNR,” the researchers wrote in the paper.
The emission from MAGIC J1835–069 was found at energies above 150 GeV and has been detected up to 5 TeV. The spectrum of this source is well-represented by a power-law function with a spectral index of 2.74.
The emission from MAGIC J1835–069 also has a projected size of approximately 98 light years and showcases an extended morphology. The newly found source lies between two known extended sources detected above 10 GeV by Fermi-LAT, namely FGES J1836.5–0652 and the FGES J1834.1– 0706.
The origin of VHE gamma-ray emission from MAGIC J1835–069 remains uncertain due to the complexity of the neighbouring region of G24.7+0.6. However, the authors of the paper suggest that it could be explained by cosmic rays accelerated within the remnant interacting via proton-proton collisions with the carbon monoxide-rich surrounding medium.
“The detected gamma-ray emission can be interpreted as the results of proton-proton interaction between the supernova and the CO-rich surrounding,” the researchers concluded.
Source: arXiv
Also Read:- Beyond The Molecular movie: Dynamics of bands and bonds during a photoinduced phase transition