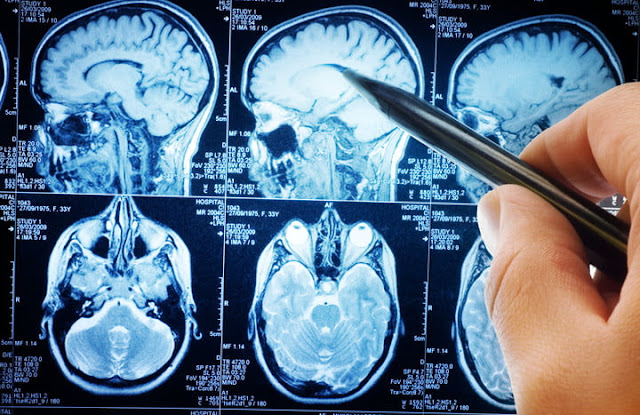 In a small trial, brain scans revealed who was most at risk of relapsing after being treated for addiction to stimulants like amphetamines or cocaine. The finding could identify people who need help staying drug-free.
Predicting who will remain drug-free and who will relapse following treatment for drug addiction has been impossible – so far. Now, Stanford psychologists think they’ve found a possible clue. For stimulants like cocaine and amphetamines, at least, activity in the brain’s reward-processing circuits could be the key.
The study, published Dec. 28 in JAMA Network Open, found that brain scan data could correctly predict who would and would not relapse about three-quarters of the time, a significant improvement over past efforts. The project was part of the Wu Tsai Neurosciences Institute’s NeuroChoice Initiative, which seeks to understand the causes of and treatments for addiction.
Kelly MacNiven, a postdoctoral fellow and lead author on the new paper, stressed that the results are preliminary – she and her colleagues only looked at 36 people, who were all veterans and mostly men. But if the results hold up in other groups, it could help doctors figure out who is likely to relapse and might need more help.
“Even if this doesn’t lead to treatments, we think it could be useful just as a way of determining who’s at most risk,” said Brian Knutson, a professor of psychology in the School of Humanities and Sciences and the paper’s senior author.
MacNiven, Knutson and colleagues are not the first to try to predict who might relapse, nor are they the first to look to brain scans for an answer. In the past, doctors have tried to use clinical observations, demographic data such as how long someone has used a drug and patient reports such as feelings of craving a drug to predict relapse, with little success. Building on brain research in animals, psychologists have also tried to identify brain activity that might predict relapse in humans, but again without much success.
“The results have been scattered,” said Knutson, who is also a member of Stanford Bio-X and the Stanford Woods Institute for the Environment.
With that in mind, the researchers took a slightly different approach to their brain scans than others had. They started with fMRI scans of 36 people who were participating in a 28-day residential treatment program for veterans with stimulant use disorders, along with 40 healthy people recruited from the surrounding community. During each scan, study participants viewed a series of images of things like food, office supplies and, importantly, drugs and drug paraphernalia as they would in other studies. After the participants left treatment, the team then followed up at one, three and six months with interviews and, in some cases, drug tests to find out if any of the patients had relapsed.
The key difference between this study and previous approaches was in how the team presented the images. Unlike past efforts, the images were presented largely at random, so that participants wouldn’t become inured to one or another type of image. In addition, each image was preceded by a cue that indicated which type of image was about to appear, a choice designed to increase anticipation for what was about to come.
Compared to healthy people, drug rehabilitation patients’ brains responded more to the drug images, particularly in a set of brain regions known as the mesolimbic system, known colloquially as the brain’s reward processing system.
What’s more, activity in one part of the reward system – a region called the nucleus accumbens – was strongly associated with relapse three months later. Using just activity in the nucleus accumbens, the team could correctly identify 77 percent of the patients who relapsed by three months. That’s a significant improvement over other methods for predicting relapse, which don’t do much better than chance, MacNiven said.
The researchers also found that the more the nucleus accumbens responded to drug images, the sooner patients relapsed. Of the patients with the smallest nucleus accumbens response, 76 percent made it past three months without a relapse. In comparison, only 38 percent of those with the largest response made it to three months.
MacNiven, Knutson and colleagues are exploring a number of next steps, the most important of which is extending their research to include more women – only two made it into the patient group in the current study. The team is also looking into ways it could use the results to guide treatment strategies, for example by providing different kinds of feedback to patients whose brains respond the most to drug images.
But for now, MacNiven said, the most encouraging thing is that doctors may have a new way to figure out who is most at risk for relapse.
“There’s really no way of knowing whether someone is going to benefit from treatment or whether they’ll relapse,” MacNiven said. “If we have a signal that is predictive of relapse, that is in and of itself important.”
Source:- Stanford News
Also Read:-Inference And Control Of The Nosocomial Transmission Of Methicillin-Resistant Staphylococcus Aureus