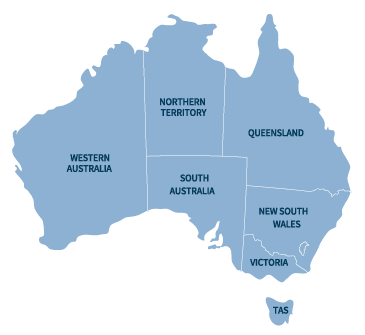 For many decades, Aboriginal Australians have campaigned for the return of ancestral remains that continue to be stored in museums worldwide.
But in many instances these remains cannot be repatriated – as their geographic origin, tribal affiliation or language group was never identified. Without this information it is impossible for museums to determine appropriate custodians, which prevents their return.
Our research, published in Science Advances today, shows it is possible to determine the origin of Aboriginal Australian remains using DNA-based methods, enabling their return to Country.
Past injustices due to actions and policies implemented in early colonial history have left gaps in the self-knowledge of many contemporary Aboriginal Australians.
A key term in this context is “Country”: the place in which an Aboriginal Australian, or his or her ancestors, was born and lived. For some communities their Country encompasses large geographical areas; for others it is much smaller.
Aboriginal Australians believe they have a spiritual connection to their Country – and many believe that in order for their ancestor’s spirits to rest, their remains must be returned to Country.
Many of our traditional owner collaborative partners wanted to learn more about their history through DNA analyses – and to directly test whether DNA might help with the return of unprovenanced remains from museums worldwide to Country.
Our research, undertaken in collaboration with Aboriginal Australian traditional owners and communities across Australia, tested whether it is possible to determine the origins of ancient individuals using DNA-based methods.
We successfully recovered ten nuclear genomes (DNA from cell nuclei) and 27 mitogenomes (DNA from cell mitochondria) from ancient pre-European Aboriginal Australians dating up to 1,540 years before present – and for whom we had records of Country.
These ancient genomic sequences, of known origin, were used as proxies for unprovenanced remains. We compared these against reference datasets of contemporary Aboriginal Australian nuclear and mitochondrial genomes.
Previously the only authentic pre-European DNA ever recovered from Aboriginal Australian remains was the mitochondrial genome of an ancient man from the Willandra Lakes region. Here we show it is also possible to recover ancient nuclear genomes from Aboriginal Australian remains, despite DNA survival in an Australian context being poor due to harsh climatic conditions.
We found by using maternally inherited DNA (mitochondrial DNA), we could successfully determine the origins of 62.1% of bodily remains of ancient Aboriginal Australians included in this research.
But we could not achieve this for the remaining 37.9% of the remains in the study. For these, the results were either inconclusive (due to a lack of contemporary matches or the matches identified were widespread across large geographic distances), or the results were unreliable. In two instances, the closest contemporary matches were not from the same geographic location, but some 635 kilometres away.
As the return to place and Country of ancestral remains is important to many Aboriginal Australian communities, repatriation to incorrect Country would be extremely problematic. Therefore, we are unable to recommend the use of mitochondrial DNA alone for repatriation.
Nuclear DNA (DNA inherited from both parents) provided the most accurate results, working in 100% of cases and to precise geographic locations.
The results obtained were supported by several different methods, each of which independently showed considerable population structure and local continuity between both the ancient and contemporary populations in each geographic location.
However, when combined, these analyses provide strong evidence that nuclear DNA, as a tool for repatriation, is very effective. If applied to unprovenanced ancestral remains, we believe this will greatly assist with their repatriation.
Traditional Owner Gudju Gudju Fourmile of the Gimuy Yidniji People of Cairns told us this was an important result, and a solution to a problem that has been a major concern to Aboriginal Australians for more than 50 years. He said: “Many of our ancestors still remain on foreign land, and in storage of museums and collectors. We need to do the right thing to bring them home so their spirit will rest.”
Despite our success, however, one question remains unanswered: how should this new tool be implemented? We believe that before DNA is used to facilitate repatriation of ancient remains, a detailed set of standards and protocols should be developed as best practice for museums and other institutions to follow.
As this method requires the destruction of unprovenanced ancient bone, albeit in small quantities, it is imperative that these standards be developed in close consultation with Indigenous communities across Australia. It is essential that a consensus be reached and a decision made by Aboriginal Australians at a national level. This requires a national debate, but it should be among our First People.
In addition to developing an effective tool for provenancing ancestral remains for repatriation, this research is significant because it was driven by Aboriginal Australian Traditional Owners and their communities. Their desire to learn more about themselves developed into a major research project in which they were actively involved and equal partners in the direction the research took.
Without their input and knowledge this research would not have been possible.
This is a significant shift from Aboriginal Australians being scientific subjects, as they were in the past, to them becoming researchers in their own right.
Source: Science Advances
Also Read:- Wing Morphing Allows Gulls To Modulate Static Pitch Stability During Gliding